Skip to content
You are here
Home > Hip Hop News > NBA Youngboy Being Investigated in Texas For Allegedly Beating Up, Pistol-Whipping and Threatening To Put Man in a Body Bag Who Came To Studio To Work With Him 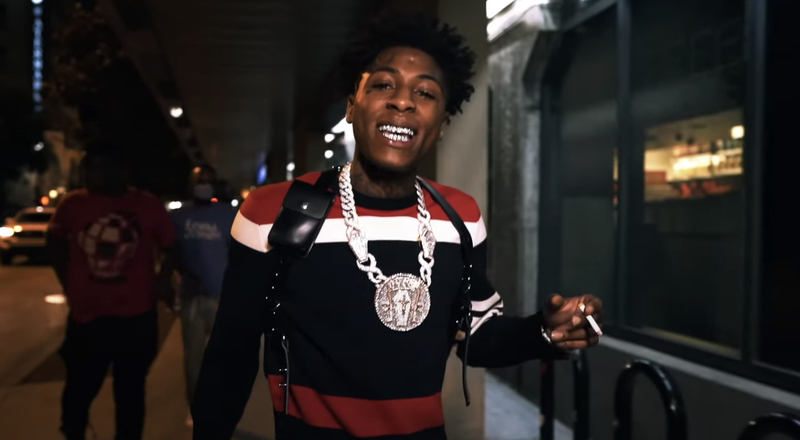 NBA Youngboy has had a major 2020 with his music. In February, his ‘Still Flexin Still Steppin‘ mixtape debuted at No. 2 on the Billboard 200 chart, ‘38 Baby 2‘ album reached No.1 after its April release, and ‘Top‘ also reached No. 1 last night. Now, the Louisiana rapper is back to running into legal issues again.

According to TMZ, Youngboy is being investigated for assault in Katy, TX. This reportedly occurred back on October 5 at a recording studio. A man went there with his girlfriend to collaborate with Youngboy but that’s when security told him that women weren’t allowed. She then left and then, that man was in deep trouble.

This man went inside a garage in the studio and that’s when Youngboy and his crew attacked him and a bag was placed over his head. He was kicked, punched, and also pistol-whipped. This man was also supposedly told that he was going to be put inside of a body bag that was in the room. Youngboy FaceTimed his manager and said “I got him here.” The manager quickly advised him to let him go though because he was just involved in a guns and drugs possession case in Baton Rouge.

One of Youngboy’s associates was then ordered to drop the man off at his home. From there, he was taken to a local hospital by his mother and girlfriend. Injuries sustained were cuts and abrasions to his face, bruises on his legs but nothing life-threatening. No arrests have been made in this case so far.