Skip to content
You are here
Home > Hip Hop News > Cardi B Refuses To Get Into Birkin Bag Debate on Social Media; Shouts Out Women Who Still Pull Off Good Outfits Without Popular Designer Brands and Shuts Down Discussions of Black Women and Hip-Hop Devaluing Brands [VIDEO] 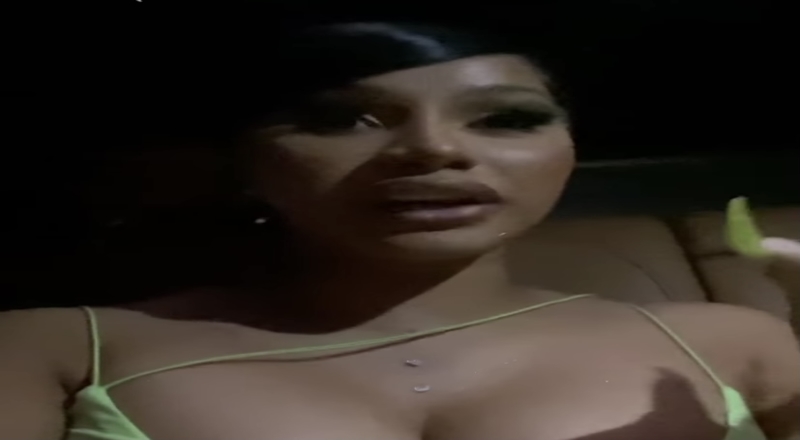 There has been a lot of talks on social media by Instagram models about who can afford Hermes Birkin bags and this has been viral for over a week now. Cardi B is now speaking on that in a new Instagram video and realizes that she can easily afford them but she took a different route in this discussion.

Cardi explained how regular women who don’t buy Birkin bags can still pull off amazing outfits from affordable brands such as H&M, Zara, and Fashion Nova. She also shut down discussions of how black women or black people in general supposedly devalue high-end brands after they start wearing them. Among the examples she used was when how hot Versace became after Migos made a song about the brand in 2013 along with herself on “Bodak Yellow” when she shouted out Christian Louboutin in 2017 and Balenciaga on “I Like It” feat. J Balvin and Bad Bunny in 2018.

Cardi went on to say that she saw articles stating how these brands went up when she shouted them out as well as Migos. Popular designer brands are very popular in many hip-hop records and give them even more attention to the younger generation. Social media has since agreed with everything that Cardi pointed out in her latest IG video. Check it out below.

So I had this convo with my team about this topic after seeing this viral tweet …what do you guys think ? Watch till the end