Skip to content
You are here
Home > Hip Hop News > Michael Merrill shares video on Facebook of a man telling a woman she’s “disgusting” for not wearing mask on bus, she spits on the man, and she punches her, and then shoves her off the bus, making her fall onto the pavement [VIDEO] 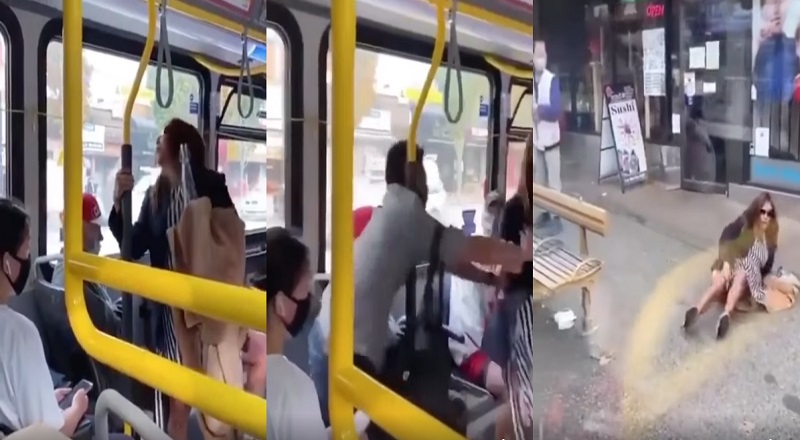 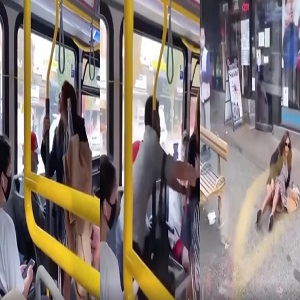 With health experts saying that wearing a mask could significantly save lives and help control Coronavirus, it’s sad that some people won’t do it. However, the people that don’t do it are only harming themselves. Mask wearers can simply keep their distance and disinfect.

Not to make it a both sides issue, but on both sides, there are people causing problems. Some people don’t wear their mask and attack people who do wear masks. Then, some mask wearers attack people for not wearing masks.

On a local public transit bus, a woman got on the bus, not wearing a mask. This prompted a man to call her “disgusting,” leading to the woman spitting on him. In retaliation, the man angrily began assaulting her, shoving her off the bus, causing her to fall onto the pavement, with many mask wearers running to her aid, chastising him for his disgusting actions.