Skip to content
You are here
Home > Video > TEDDY SWIMS DOES IT AGAIN AS HE DROPS THE REMIX TO “BROKE” FEAT. THOMAS RETT + TIKTOK SKATEBOARDER POSTED A VIDEO SINGING “BROKE” WHICH HAS GAINED OVER 1.2 MILLION VIEWS 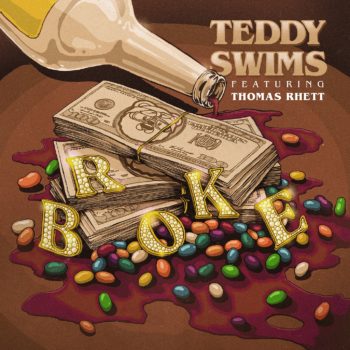 As if  his single “Broke” wasn’t LIT enough, rising star Teddy Swims has collaborated with country superstar Thomas Rett for the official remix and it’s just as hot as the original.

Teddy released the original on August 28th as he received raves from the likes of Idolator, Flaunt, American Songwriter and critic Bob Lefsetz who said, “I’d say it’s a one listen smash, but that’s not an accurate description, IT’S A FIFTEEN SECOND SMASH!”