Skip to content
You are here
Home > Hip Hop News > Young M.A was spotted holding hands with Ayisha Diaz, sparking dating rumors, which M.A dismissed, calling it “BIG CAP,” and Diaz responded, saying she always holds hands with her friends, when she leaves the club [VIDEO] 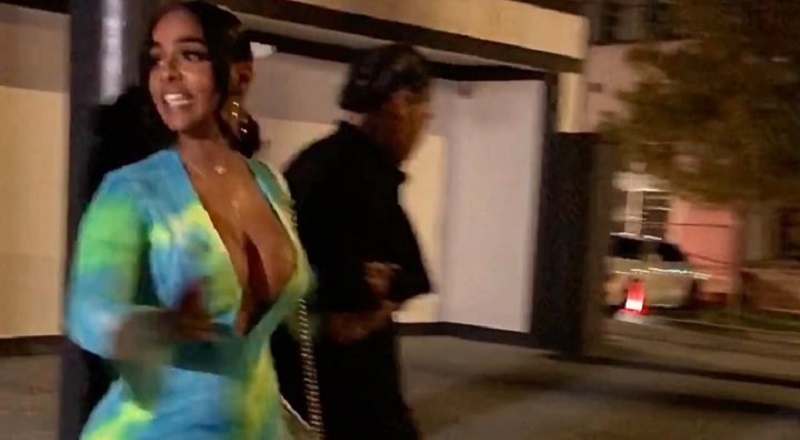 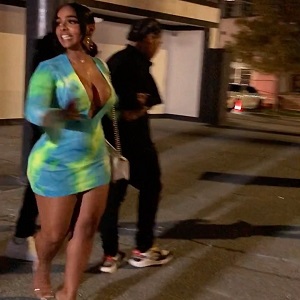 A few years ago, Ayesha Diaz established herself as one of the top hip hop models, in the game. During this time, she was doing many of the hottest videos, and became well-known. Since then, she has been in many rumors.

For a time, Ayesha Diaz was rumored to be dating Bow Wow. In the years following this, she has kept her personal life out of the news. Like many models, Diaz became prominent, on Instagram, as Young M.A took the game over.

While Young M.A’s time in the spotlight came and went, she has a strong place in the game. The reputation Young M.A carries is that she can take straight women and make them her women. When someone filmed Young M.A and Ayesha Diaz holding hands, sparking dating rumors, which M.A. and Ayesha both denied. 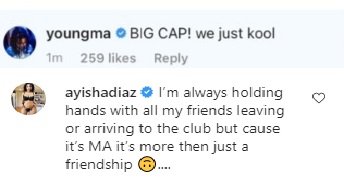