Skip to content
You are here
Home > Hip Hop News > 1501 Certified Entertainment CEO, Carl Crawford, Wants To Honor Contract With Megan Thee Stallion After Legal Issues Between Each Other Earlier This Year; Doesn’t Know If They’ll Be Cool Again on Personal Level [VIDEO] 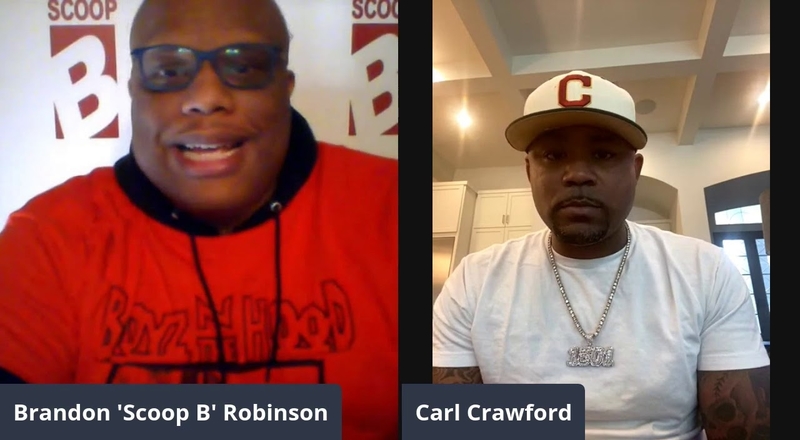 At the end of February, Megan Thee Stallion took to Instagram Live to voice her displeasure about how 1501 Certified Entertainment and its CEO, Carl Crawford wouldn’t let her release any new music. She then took things to court and received a temporary restraining order in order to do so. Later that week, she released her ‘Suga‘ EP which contained her hit single, “Savage.”

Crawford, the former MLB all-star, was surprised last year when Megan signed her management deal with Roc Nation and their relationship hasn’t been right since then. Crawford recently spoke with Brandon “Scoop B” Robinson of Heavy Live and explained how he wishes her well but at the same time, wants to honor the contract they have together.

“Well, I mean make it look like we parted ways but we still is heavy talk,” Crawford said. “We still contractual together so of course, we want her to do well. Bad is not gon’ benefit us if she does bad. We want her to do well, but we just want her to honor her contract. That’s the whole big deal about this situation. They didn’t want to honor her contract. They wanted to switch a few things but they never would talk to me about it. They just sent the lawyers to me and all that stuff.”

At this point, Crawford is still looking to get their 1501 contract renegotiated. He wants the business relationship to get better but as far as a personal level, he seems doubtful about that improving.

“Things kinda went left and it’s unfortunate. “Trying to get the contract renegotiated. We’ll definitely handle the business part, but just as far as the personal stuff, I don’t really know about it. The business part is what we’re working on so we’re definitely taking care of that part, hopefully soon.”

Crawford has had Megan at 1501 for over five years now so we’ll see if this relationship is ever repaired, business wise and personally. Check out him speaking on the situation along with his MLB career below.