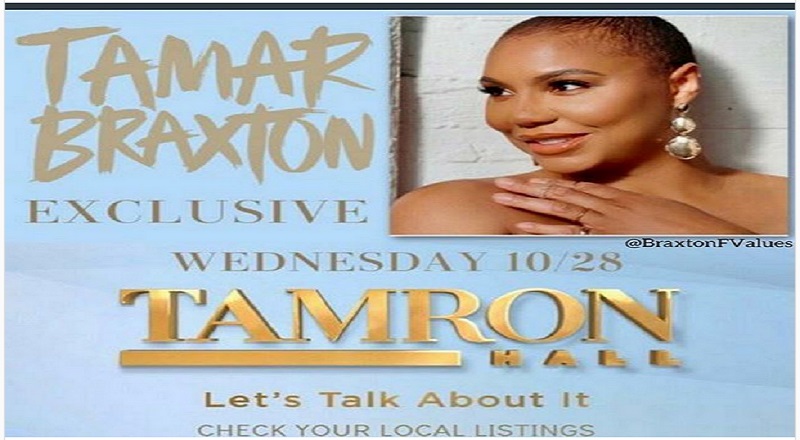 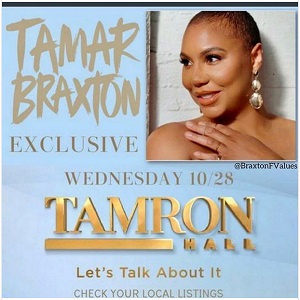 This year, Tamar Braxton has publicly gone through struggles. From everything from domestic abuse to alleged suicide attempts, it’s been a tough year. Once Tamar Braxton was released from the hospital, she decided to end her relationship with WEtv.

Tamar Braxton agreed to do one final “Braxton Family Values” season, but she’s been blasting the network. Exactly what is going on with her, few know outside of her. But, she is preparing to break her silence, on national television.

This morning, Tamar Braxton promoted her Tamron Hall interview, which takes place next week. In the Instagram post, Tamar Braxton took aim at WEtv. Blasting the network, saying “f*ck WEtv,” accusing them of using her pain for their “pleasure and profit,” calling the “Braxton Family Values” trailer “disgusting.” 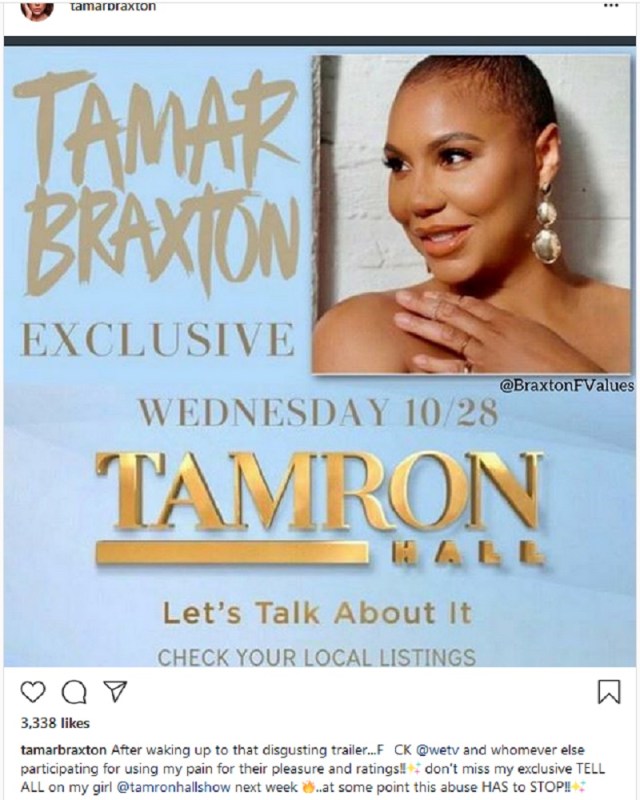