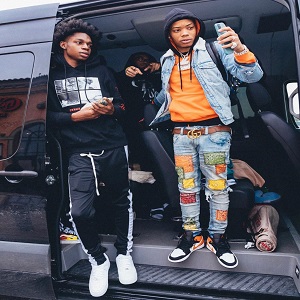 Like most producers, Dr8koo has paid his dues. His rise includes working with many mixtape rappers on tracks that most people have never heard. That grind, though, turned into some higher-profile tracks, in turn leading to higher-profile artists.

Dr8koo has built his name, working with the likes of NLE Choppa, one of the hottest younger rappers in the game. He’s also worked with such names as Lil Migo and Lil Zay. This opened the door for him to collaborate with a major heavyweight.

Recently, Moneybagg Yo and Blac Youngsta released their joint project, to much success. They have solo and joint singles and Moneybagg’s solo single, “SRT,” has done very well. This record is produced by Dr8koo, and has already crossed 4 million streams, in just two weeks.

Watch “SRT” by Moneybagg Yo ft. BIG 30 and Pooh Shiesty below:

Woman on Instagram looks suspiciously like Jay-Z and she has gone viral [VIDEO]
Amber Rose reveals her ex-boyfriend raped her, when she tried to break up with him, during “Red Table Talk” interview #RedTableTalk [VIDEO]