Skip to content
You are here
Home > Hip Hop News > Tory Lanez Goes on Instagram Live To Dispute Megan Thee Stallion’s Claim That He Shot Her in July; Wonders How Story Went From Glass Being in Her Foot To Getting Shot [VIDEO] 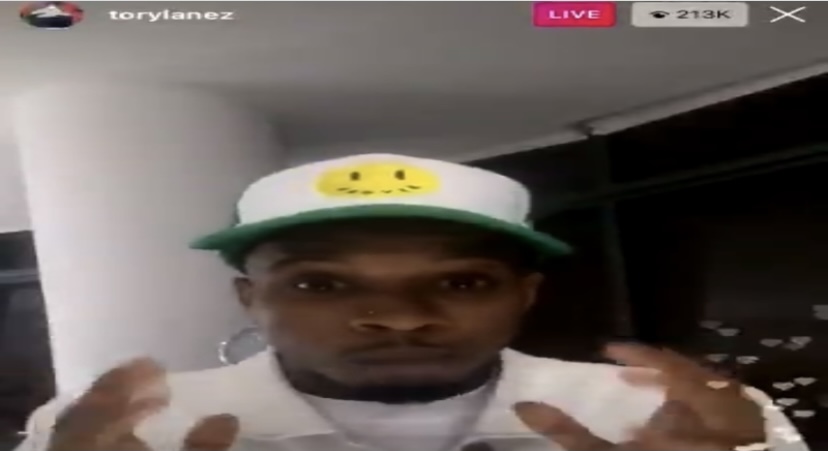 Tory Lanez just got on Instagram Live for the first time since the Megan Thee Stallion shooting took place in July. On his ‘Daystar’ album that dropped at the end of September, he firmly denied  shooting her and did so just now as well.

The Toronto star questioned how the narrative went from Megan being treated for glass in her feet to being shot. He also noted how she supposedly wasn’t checked out for bullet wounds in that moment either. Medical records later stated that she was, though.

Another point that Lanez tried to bring up was when Megan initially said she didn’t want to tell on him due to worries about him being another black man shot by police. Lanez said on IG that Megan had plenty of time to tell police what happened when he and her best friend, Kelsey, we’re being questioned by police. In the end, Lanez says that he’s still friends with Megan.

Lanez was charged two weeks ago by police for his alleged involvement in shooting Megan. He faces one count of assault with a semiautomatic firearm, and one count of carrying a loaded, unregistered firearm in a vehicle. The LA County D.A. also stated that Lanez “inflicted great bodily injury” to Megan. A protective order is also out where Lanez cannot contact Megan or be 100 yards near her. That night, the two left a house party in Hollywood Hills in which they also partied with Kylie Jenner. He faces 22 years and eight months if convicted in this case.

Check out Tory Lanez speaking about the alleged Megan Thee Stallion shooting below.