Skip to content
You are here
Home > Hip Hop News > Daniel Cisneros shares video, on Facebook, of an angry Dallas Cowboys’ fan, who punches his TV, destroys the screen, and then repeatedly shoots his TV, after Cowboys’ embarrassing 10-38 loss to Arizona Cardinals [VIDEO] 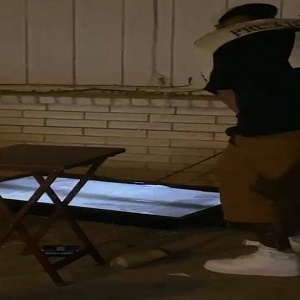 Last night, the Dallas Cowboys took a huge loss, to the Arizona Cardinals. The game got quite the reaction out of social media and fans were also upset. Some went from just jokes to actually being outraged over the loss.

None of these fans were as upset as this one man who actually went viral, over the game. Some fans are casual, meaning they like all the teams, or the winning teams. Others love their teams, but have their limits.

This guy, Daniel Cisneros shared him on Facebook, this guy is a real fan. Honestly, he cares more about the Cowboys than Jerry Jones, as he’s the only person who lost money over it. After the loss, he started punching his TV, destroying the screen, and then he began actually shooting his TV.