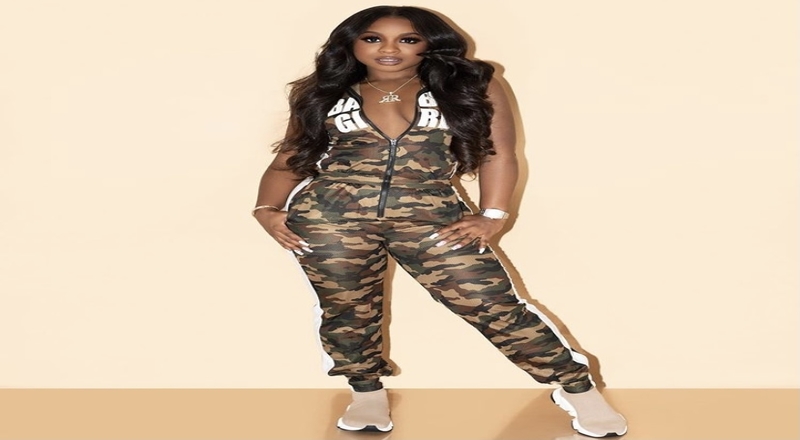 Reginae Carter and YFN Lucci broke up at the end of 2019 and it seemed the the cucumber party that Lucci attended in Atlanta that summer was the nail in the coffin. That event was hosted by Trouble and Alexis Skyy as many women were in attendance turning on men by sucking cucumbers.

Now, it seems that Carter and the Atlanta rapper may be back on. It looks like they had a date night together as on their social media feeds, they posted the same chef. Carter, who is Lil Wayne’s daughter has now had enough of the criticism as she has taken to Twitter this morning and recently Instagram to voice her frustrations. This also comes after she said she wouldn’t date rappers again.

“Live your life and stop worrying about what a mf on this app that never met you have to say” said Carter on her Twitter feed…”I’m so sick of everybody feeling like their two cents matter! It don’t tf . Get outta the comments and get a life !! And a job.. Geesh!”

The tweet was then posted by The Shade Room as someone asked “Girl what job do you have?” Carter quickly responded by asking “You wanna see my bank account? Big bank take lil bank?” Obviously, people know that Carter has money due to being Wayne’s daughter. It’ll be interesting to see though if she and Lucci confirm being back together. 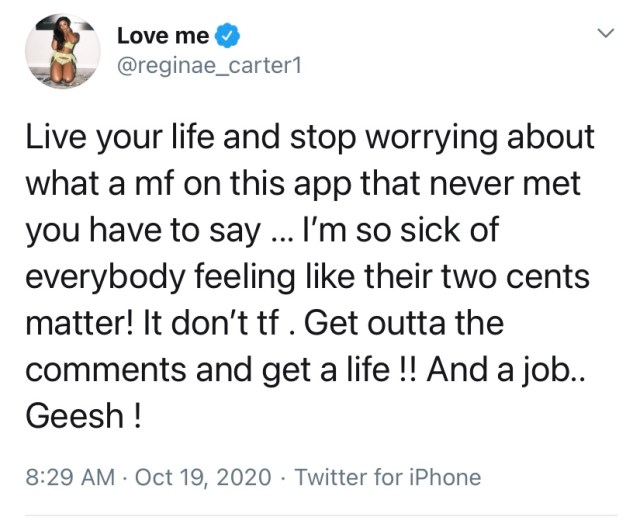