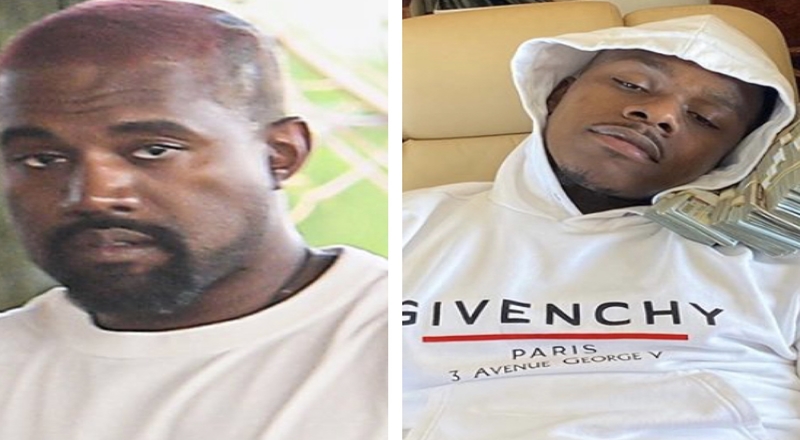 Kanye West has been speaking crazily on Twitter again as on Sunday, he said that Saturday Night Live is using Black people after Issa Rae’s recent appearance. He also claimed that Dave Chappelle is the “modern day Socrates.” Now, it appears that he and DaBaby have a song on the way.

Ye tweeted a screenshot of a conversation between the two as he thanked DaBaby in a text message. The Charlotte rapper also thanked Ye and how he’s been inspired since the Graduation album in 2007. Then, Ye said “Praise God” and how they’re gonna go “crazeeee” which hints at the song they’re working on.

DaBaby then said that he would have the song finished up on Sunday night. This has since brought plenty of anticipation to fans on social media. A few months ago, Baby said that he’d vote for Kanye West. Despite this sad claim, DaBaby has hasn’t shown support for Donald Trump as he posted a screenshot of him shutting down an automated text message from the Trump campaign.

As far as music goes for West, he said last month that he wouldn’t be releasing any until his contracts with Sony and Universal Music Group were expired. It now seems that he is changing his mind. Ye was originally supposed to release his ‘Donda‘ album on July 24 but that still hasn’t happened yet.