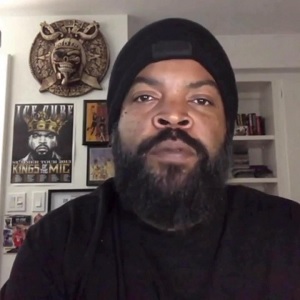 For his meeting with the Trump Administration, Ice Cube has received a lot of backlash. His intentions were to get an agenda for the black community pushed through. The famed mogul called his initiative “Contract with Black America.”

Ice Cube got hit with tons of insults for his timing and then was accused of lying. Because he was doing something he believes will benefit all involved, Ice Cube has no regrets. Being constantly insulted, on social media, is taking its toll, however.

This morning, Ice Cube had enough, so he called out the radio hosts who have so much to say, calling him “unqualified.” Cube asked them to show their communications degrees, since they’re so smart. It looks like Cube may have gotten more than he expected, as Dr. Avis showed her long list of degrees and accolades. 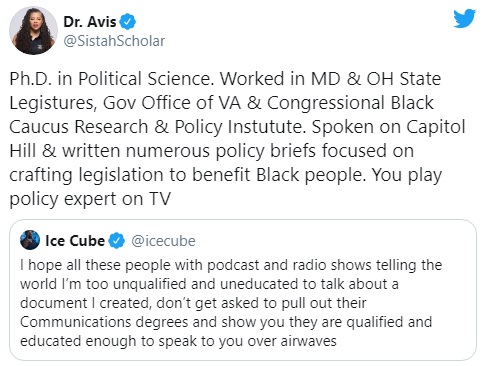 Kanye West And DaBaby Have Collab On The Way
Taraji P. Henson confirms she and Kelvin Hayden have broken up, after birthday celebration showed him missing, saying it “didn’t work out” [VIDEO]