Skip to content
You are here
Home > Hip Hop News > Juicy J calls Arby’s out for using a Three 6 Mafia sample, in their commercial, without clearing it [PHOTO] 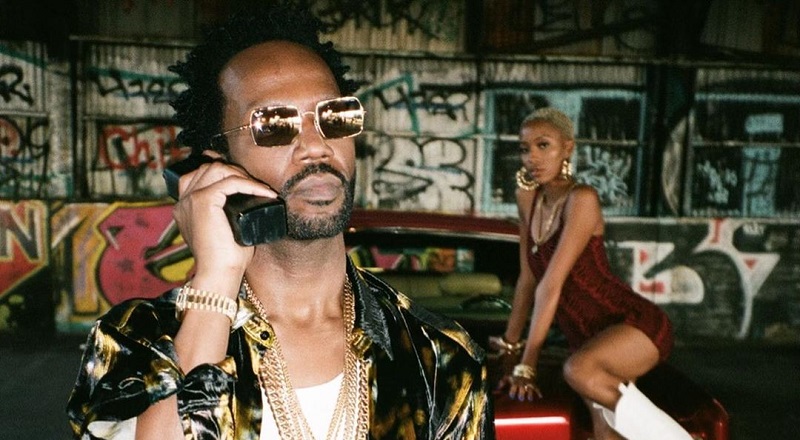 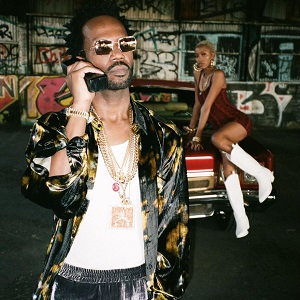 In 2011, there was a renewed interest in Juicy J, as his mixtape tracks started going viral. On top of that, his business moves were beginning to be discussed. A rising Wiz Khalifa signed him to Taylor Gang and made him an A&R.

When the summer of 2012 hit, Juicy J dropped a mixtape track, which he called “Bands A Make Her Dance.” The song became the biggest of his career, and the rest was history. Since then, he’s been working on his follow-up album, The Hustle Continues.

Juicy J is still making appearances on songs from the biggest artists in the game. Aside from his rap appearances, he is producing a ton of major hits. Taking a break from all of that, Juicy J went to Twitter to call Arby’s out for using Three 6 Mafia in a commercial, without clearing the sample, later deleting the tweet. 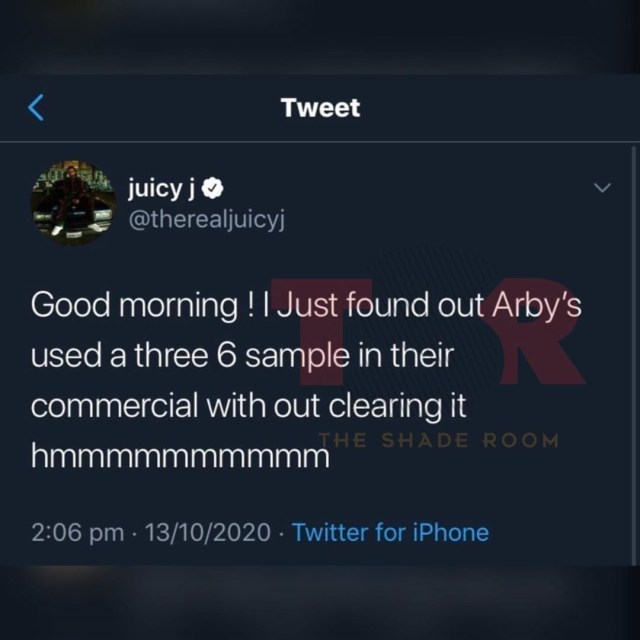