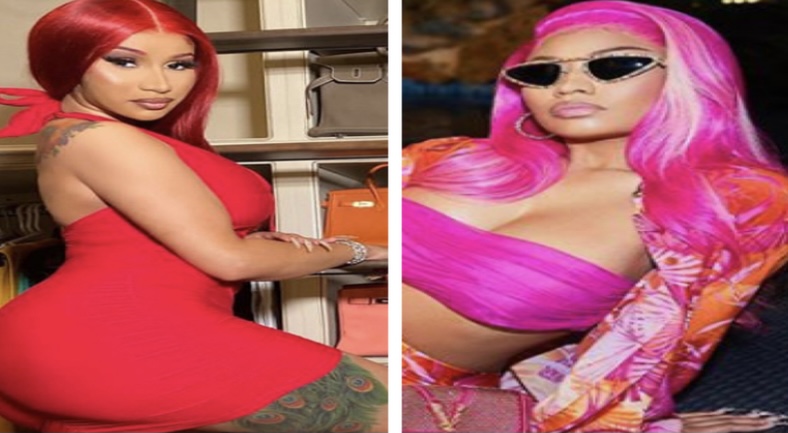 Cardi B is making headlines as she appears to have gotten back with Offset following her birthday weekend in Las Vegas. The two were seen kissing as he also gave Cardi a Rolls Royce. This comes after Cardi filed for divorce in Georgia last month. Ahead of her birthday, Cardi had also announced her collab sneaker with Reebok.

Cardi also accidentally leaked a nude photo of her today which has had social media buzzing. Now, even bigger news is on the way as she reportedly has a new collaboration with Nicki Minaj on the way. This comes after the two have been beefing for the last two years.

A snippet of a song titled “Lavish” has been surfacing online. Last week, Cardi may have hinted at this happening as she discussed on Twitter how her next single will give people something to be mad about. Cardi is also reportedly in album mode as she didn’t submit her latest smash hit single, “WAP,” featuring Megan Thee Stallion, for the 2021 GRAMMYs. This was supposedly due to her planning her campaign for her upcoming sophomore album. 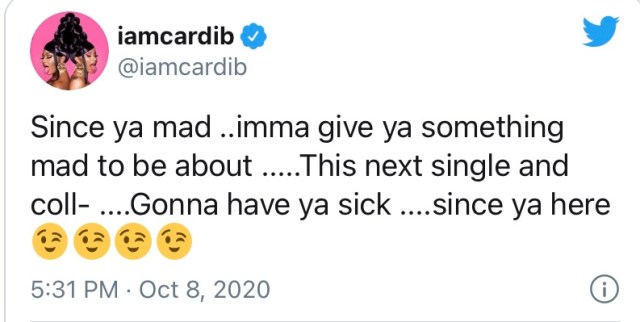