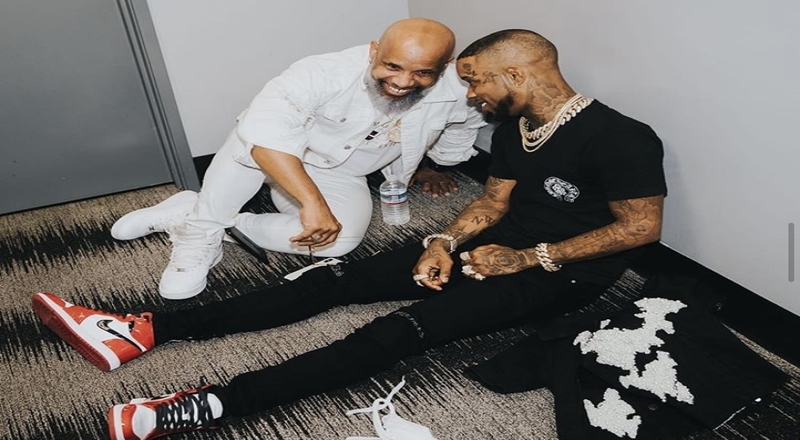 On Thursday, Tory Lanez shocked the music industry after he was charged with one count of assault with a semiautomatic firearm, and one count of carrying a loaded, unregistered firearm in a vehicle. D.A. also went on to say that Lanez “inflicted great bodily injury” to Megan. If convicted, 22 years and eight months are on the table for the Toronto rapper.

Lanez went on to speak regarding these charges on his Twitter feed on Friday and was very positive about the situation. He explained that the truth will come to light and that this situation is a matter of charges and not a conviction. This leaves optimism for him that he may actually beat these charges.

Now, Lanez’s father, Sonstar, is having his son’s back in a new Instagram post late Friday night. He offered words of encouragement as he adviced him to stand still and see the salvation of the Lord. He continued to say that Lanez will not be the one to have to fight his battle. As a whole, he advised his son to keep God by his side and that he’ll prevail in this challenging circumstance.

“My son @torylanez I say to you this day. Stand still, and see the salvation of the Lord, which He will show to you today; for the Egyptians whom you have seen today, you shall see them again no more.You will not have to fight this battle. Take up your positions; stand firm and see the deliverance the LORD will give you Daystar. Do not be afraid; do not be discouraged. Go out and face them tomorrow, and the LORD will be with you.”

The charges brought on to Lanez come two weeks after releasing his ‘Daystar‘ album, which debuted at No. 10 on the Billboard 200 chart. This happened all while only accumulating 36,000 units. This is now Lanez’s sixth consecutive top 10 album. 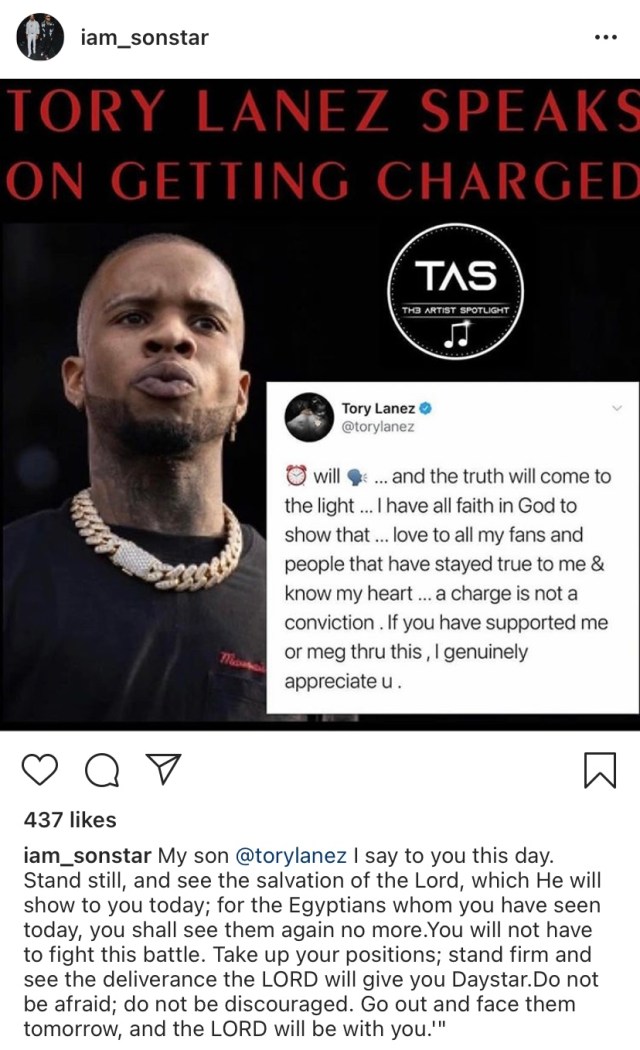