Skip to content
You are here
Home > Hip Hop News > Tory Lanez Responds After Being Charged and Facing 22 Years and Eight Months in Megan Thee Stallion Shooting Case; Still Believes The Truth Will Come Out 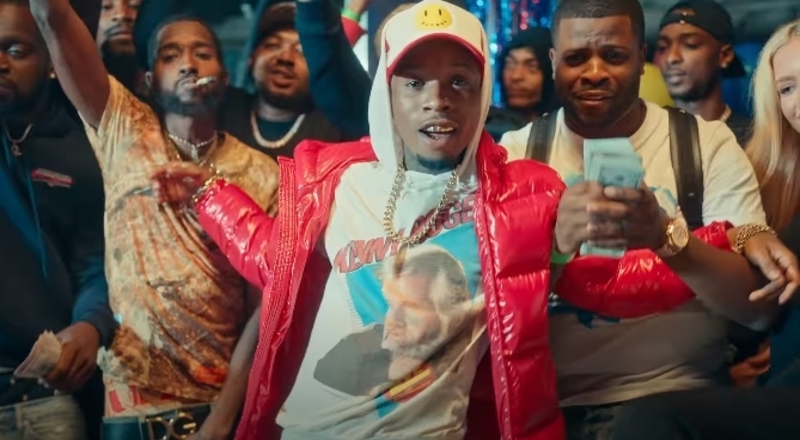 On Thursday, the L.A. County D.A.’s Office charged Tory Lanez with felonies in one count of assault with a semiautomatic firearm, and one count of carrying a loaded, unregistered firearm in a vehicle. This is all regarding allegedly shooting Megan Thee Stallion back in July after an argument following the two leaving a house party in Hollywood Hills, CA.

If convicted, Lanez faces 22 years and eight months in prison. This comes after the D.A was contemplating charging Lanez with felony assault for over a month. At the scene of the crime, he was charged with a felony in carrying a concealed weapon inside a vehicle. He was bonded out on $30,000.

Now, the Toronto rapper is speaking out on these latest charges. Lanez still doesn’t believe that the full truth is out yet.

“Time will tell and the truth will come to the light … I have all faith in God to show that … love to all my fans and people that have stayed true to me & know my heart … a charge is not a conviction . If you have supported me or meg thru this , I genuinely appreciate u.”

At this point though, many believe that Lanez’s career is about to be finished as he continues to be cancelled all over social media. This comes two weeks after he released his ‘Daystar’ album where he denied shooting Megan. This project debuted at No. 10 on the Billboard 200 chart despite its low unit sales at 36,000. 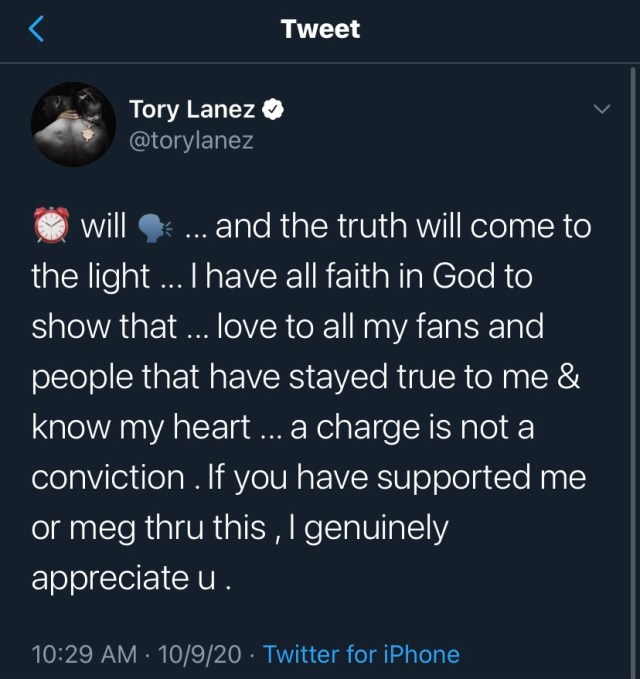