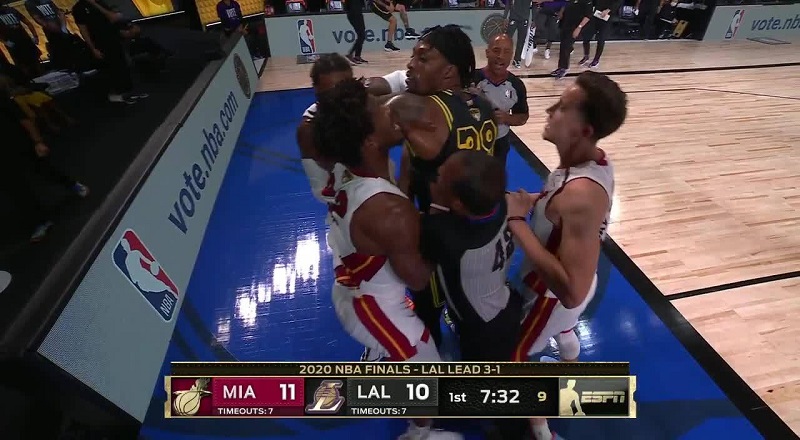 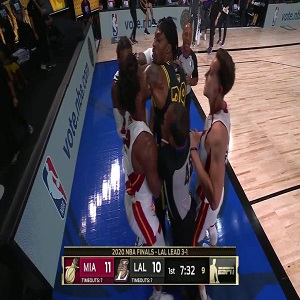 The Los Angeles Lakers and Miami Heat share a deep history, despite being in different conferences. More than most teams, their matchups end up being on Christmas. Originally, this was due to Shaq and Kobe, once Shaq was traded to the Heat.

After going 3-0 against LA, on Christmas, the Miami Heat fell into some slump seasons. In 2010, the rivalry was reignited, when LeBron James joined the Heat, to defeat Kobe’s Lakers, again, on Christmas. Now, the Lakers are led by LeBron James, facing Miami, in the Finals.

Despite the history between the Heat and Lakers, there never was much of an actual rivalry, and never an actual fight. Tonight, that changed, as Dwight Howard and Jimmy Butler got into it. Fans on Twitter are arguing over who was winning the fight, and who was going to win the fight.

Read the tweets about Dwight Howard and Jimmy Butler below: 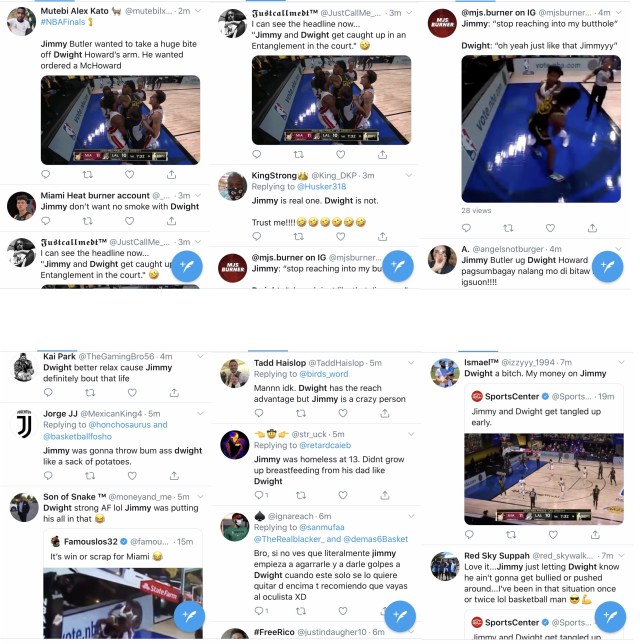