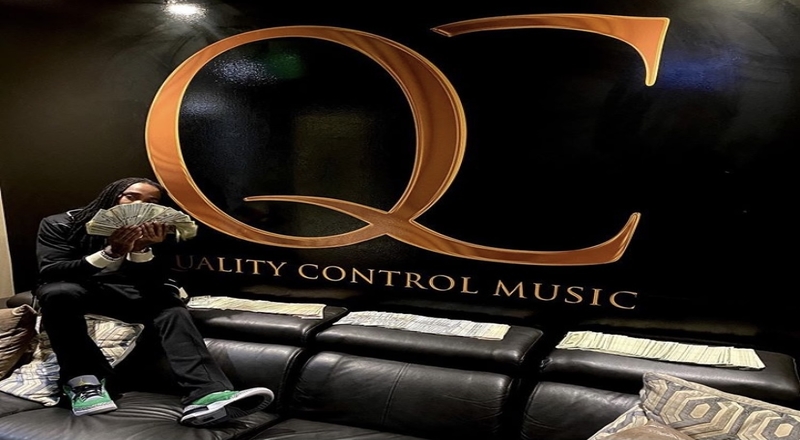 Late this summer, Migos was in a legal battle with Quality Control Music and the label’s attorney, Damien Granderson. He was sued by the group for malpractice and unjust enrichment as he allegedly cheated them out of millions of dollars. He also reportedly “concealed” Quality Control Music’s deal with Capitol Records that “would allow Capitol to distribute all albums that QCM produced and that QCM was actually profiting far more handsomely than was apparent from the face of the documents that Granderson personally presented to Migos for immediate execution.”

QC CEO, Pierre “Pee” Thomas, ended up denying anything shady happening at the label or by Granderson. Now, Quavo is updating fans on what the situation is now and things seem to be in a much better place.

Quavo posted a photo of himself in front of a huge QC poster at their headquarters on Instagram as he said “QC The Label Money STILL On The Table.” Pee ended up replying in the comments with “Dam right.” Migos and the label have had constant success over the years since the success of the group’s breakout 2013 hit single, “Versace,” which soon received a remix with Drake.