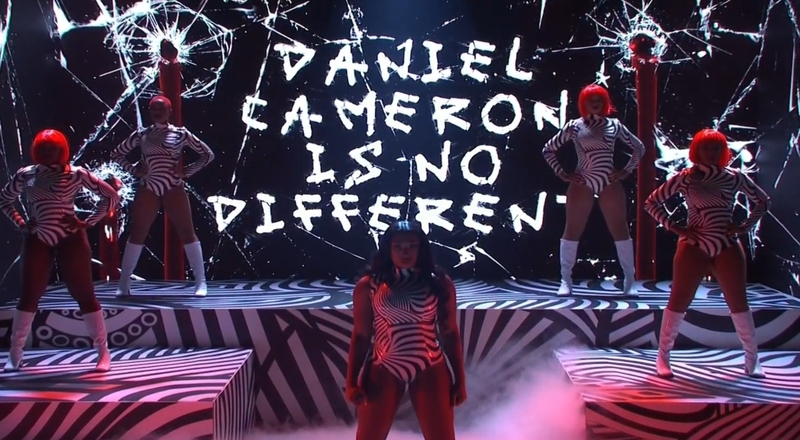 The anticipation was real on Saturday for Megan Thee Stallion’s appearance on the premiere of ‘Saturday Night Live’‘s 46th season. She ended up putting on a hell of a show and the most memorable moment came when she performed her 2020 hit single, “Savage.”

During this performance, Megan called out Kentucky Attorney General, Daniel Cameron, for how he failed miserably in bringing justice to the Breonna Taylor case out of Louisville last month. She used a quote from Tamika D. Mallory where she said Cameron is no different than the “sellout negros that sold our people into slavery.” This came after a series of quotes from Malcolm X.

Megan also added that black men and women need to be protected and she’s tired of seeing their names on hashtags on social media as a result of police brutality. This was an amazing performance by the Houston rapper and great use of her large platform in addressing the constant racism and police brutality in this country.

On Friday, Megan also released her latest single, “Don’t Stop,” featuring Young Thug. This also comes in the midst of her also being part of the No. 1 song in the country on Cardi B’s “WAP” single.

Megan The Stallion with a statement on the #SNLPremiere #MeganTheeStallion #Savage via @nbcsnl✊🏾 pic.twitter.com/Os2O57PSfK