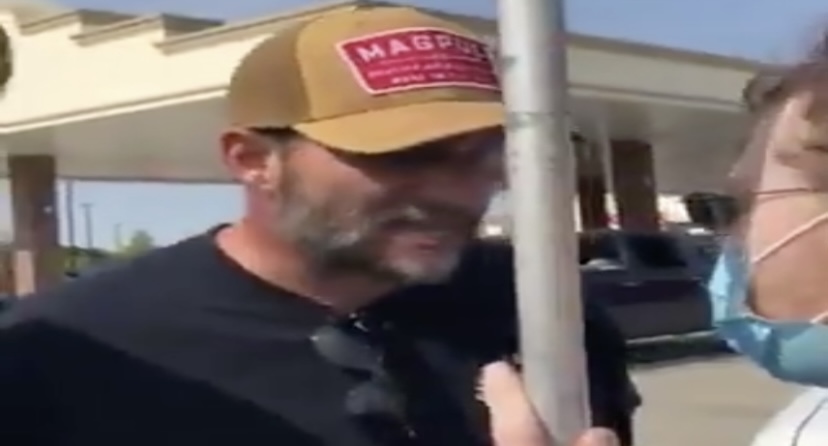 It’s never a surprise when one of Donald Trump’s MAGA supporters assaults people or yells at them for peacefully protesting. This was the case recently in Denton, TX, which is outside of Dallas.

A protestor was seen playing YG’s classic 2016 “F*ck Donald Trump” song in the background while minding his business. A Trump supporter then yelled at him and told the protestor to stop playing the song and that’s when he also punched this person.

This man ended up falling on the ground and ended up checking himself out at a hospital. He ended up having a scar on his eye as a black eye starts do surface. A chipped tooth also occurred and possibly a broken nose.

“Just want to let you know I am home safe, I got out the hospital a little while ago,” they explained on Instagram. “As you can see, I got a little scar on my eye and little bruising right here. Definitely going to have a black eye, it’s already forming. It chipped my tooth and probably broke my nose but the doctor said it looked pretty straight so I should be fine as long as I don’t move it around too much.”

“We are aware of an assault that occurred at Buccee’s in our city this afternoon,” said Denton Police Chief Frank on Twitter. “A report has been taken and detectives are conducting an investigation. If you have information, please call Denton Police at (940) 349-8181. The suspect is in the brown/red hat and black t-shirt.”

Hopefully, this person recovers quickly snd charges are soon brought on to the person who assaulted them. This is sadly Trump’s America. People really need to vote next month and get him out of here.

Violent Trump supporter at a rally in Texas assaults a peaceful counter-protester pic.twitter.com/s950Q3kgTj