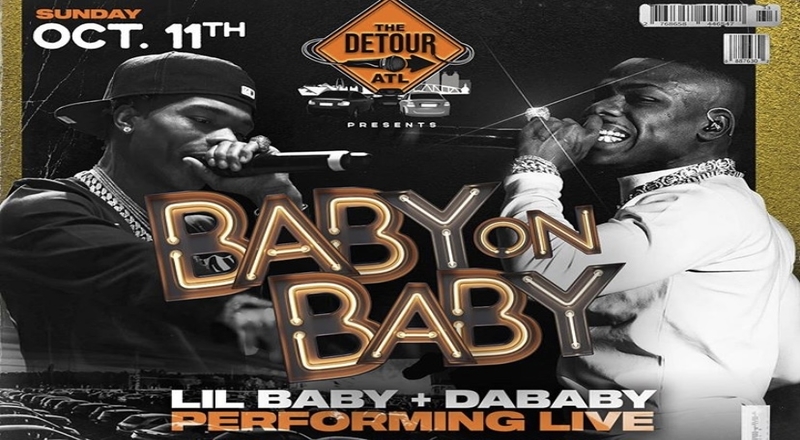 Lil Baby and DaBaby have been two of the hottest rappers in the game again in 2020 and now, the two are getting together for an epic drive-in festival in Atlanta. According to Variety, this will take place at Atlanta Motor Speedway in Hampton, GA as it’s titled “The Detour.”

This will be a socially-distanced festival and also the first ever drive-in festival in Atlanta. It’s sponsored by Audiomack as the show will take place on October 11.

“Audiomack is all about participating in or creating moments that are moving music forward,” said Jason Johnson, Vice President of Marketing and Brand Strategy. We are proud to partner with The Detour ATL during the COVID-19 pandemic to provide fans the opportunity to see the biggest artists of 2020 live in person.”

Tickets are now available at TheDetourATL.com. Tours/festivals have been getting canceled since March due to the COVID-19 pandemic and that has since stopped events such as Coachella, Lolapalooza, and Rolling Loud. Atlanta has done a great job though of getting concerts back on at nightclubs, the Parking Lot Concert series, and now, The Detour.

Both DaBaby and Lil Baby have achieved No. 1 albums in 2020. DaBaby’s was ‘Blame It On Baby‘ in April which was led by the smash hit single, “Rockstar,” featuring Roddy Ricch. Lil Baby’s was ‘My Turn‘ in January which was led by hits such as “Woah” and “Sum 2 Prove.” The deluxe contained another huge hit in “We Paid” featuring 42 Dugg.