Skip to content
You are here
Home > Hip Hop News > Rick Ross Bashes Tory Lanez For Releasing New Album Instead of Publicly Speaking Out Regarding Allegedly Shooting Megan Thee Stallion; Tory Claps Back By Saying He Hasn’t Seen Ross at Any Protests in Miami; Ross Claims Lanez Only Protests For Photo Ops and He’s Been Making Poor Decisions [VIDEOS] 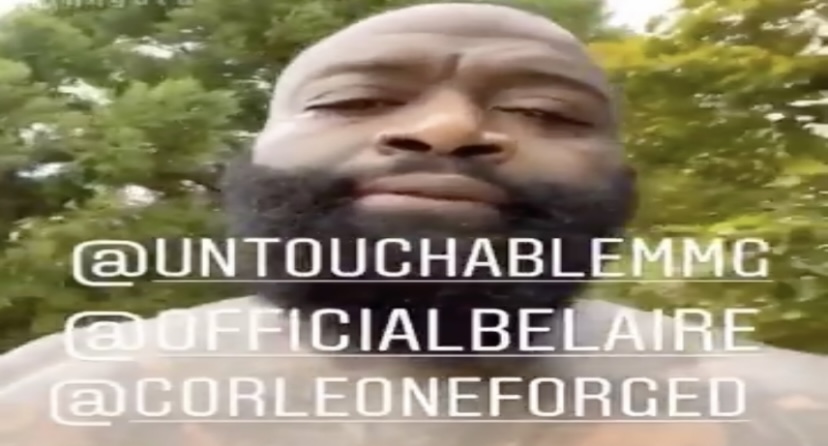 Tory Lanez has been bashed all over social media for releasing his “Daystar” album addressing if he shot Megan Thee Stallion or not as opposed to just speaking on it publicly. That did not sit right with Rick Ross as he clowned Lanez by getting him a small smart car and said that the album will go “double acrylic” on DatPiff. Ross also pointed out how Lanez put out the album a day after the cops who killed Breonna Taylor didn’t receive any charges.

Lanez wasn’t too pleased about Ross’ comments as he took to Twitter to say that he doesn’t want to disrespect him as a black man during these times but he marched for nine straight days for Taylor in Ross’ hometown of Miami and he wasn’t seen. He added that Ross needs to stop tagging endorsements in his posts as that is a “poor decision,” as that’s what Ross labeled the album release.

Ross then went on to say that the only reason Lanez was at the protest is because his Miami condo is so close to what’s happening. He also explained that Lanez only wanted photo ops at the protests and wasn’t genuine.

There will be plenty more artists who will condemn Lanez for this album release. On this project, he called out people who gave him criticism such as Kehlani, JoJo, Bun B, and Chance The Rapper. 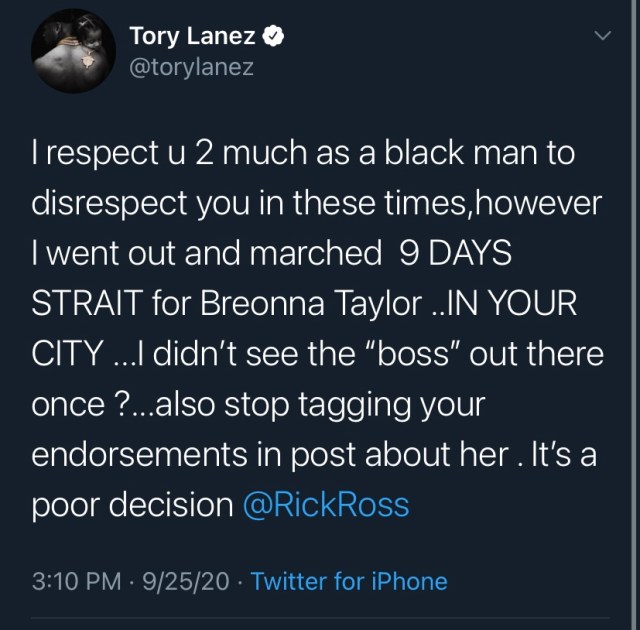