Pop Smoke’s posthumous debut studio album, ‘Shoot For The Stars Aim For The Moon’ has done extremely well since its July 3 release. It debuted at No. 1 on the Billboard 200 chart and has made even more runs following that in order to attempt a return to that top spot over the last month. It currently stands at No. 3.

“Mood Swings” featuring Lil Tjay has been a very popular record from the late Brooklyn rapper’s album and now, a remix is on the way. It will be released this Friday as Tjay will remain on the remix and the other guest feature is labeled as a surprise.

Shoot For The Stars Aim For The Moon has since been certified platinum by the RIAA in the US. The deluxe edition was released on Smoke’s birthday in July as it contained 15 additional songs with features from Jamie Foxx, Gunna, Young Thug, PnB Rock, Fivio Foreign, and more. 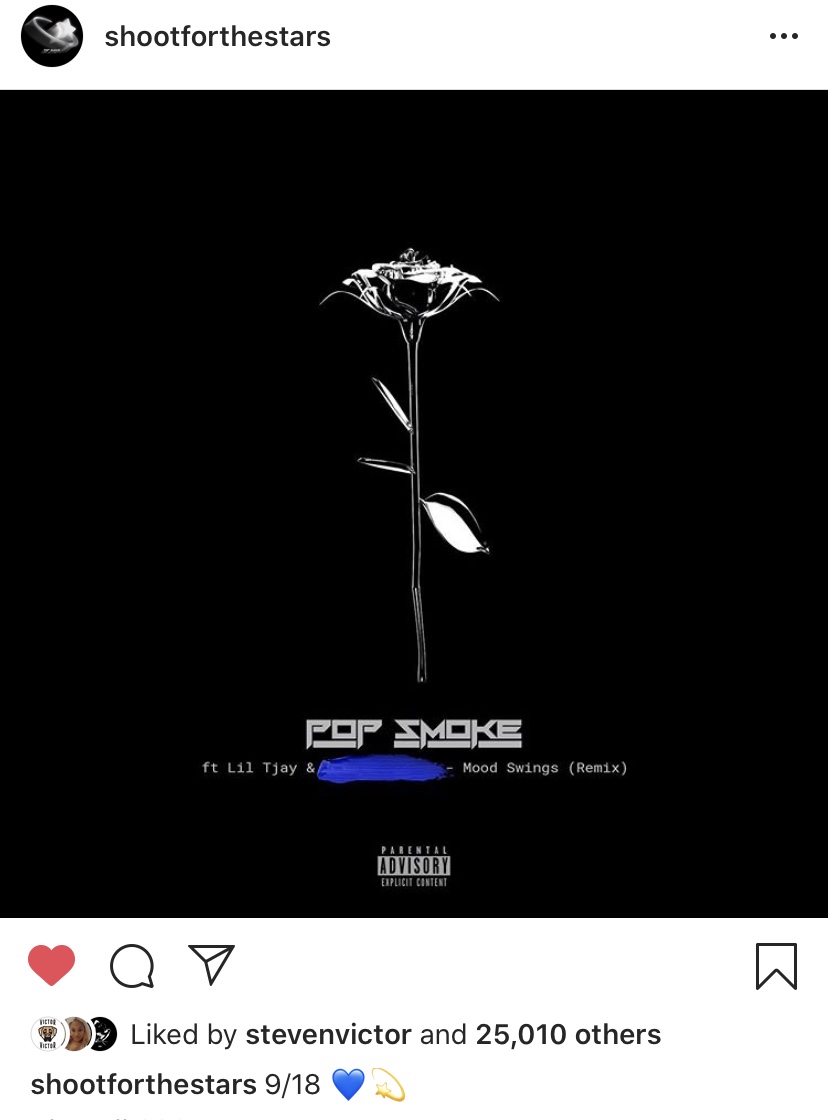 Kenya Moore revealed she has gained twenty-five pounds, since being in quarantine, and now weighs 183 pounds #RHOA [PHOTO]
Ray J says if Princess Love can enjoy life and smile more, divorce is the right thing to do, as he only wants her and his kids happy, going as far as saying he’d be fine if someone else would be a better spouse for her, breaking down as he says it [VIDEO]