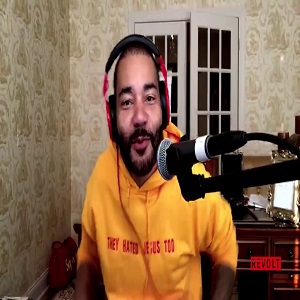 First of all, here is some good news, DJ Envy is taking his knowledge about real estate, and sharing it with the world. Best-known for being one third of “The Breakfast Club,” DJ Envy is getting into TV. He has partnered with 50 Cent to bring this to life.

Along with 50 Cent, DJ Envy has involved Charlamagne Tha God in this project. While they haven’t announced a network, DJ Envy makes it seem as though they have one. Before the end of the year, all of the details will be shared.

DJ Envy made the announcement, on “The Breakfast Club,” earlier this afternoon. When discussing a network, Charlamagne Tha God mentioned that BET expressed interest. This led to DJ Envy expanding on this, blasting BET’s former executives for turning down his family show, telling him he wasn’t “black enough,” which he took to mean not “ghetto enough.”