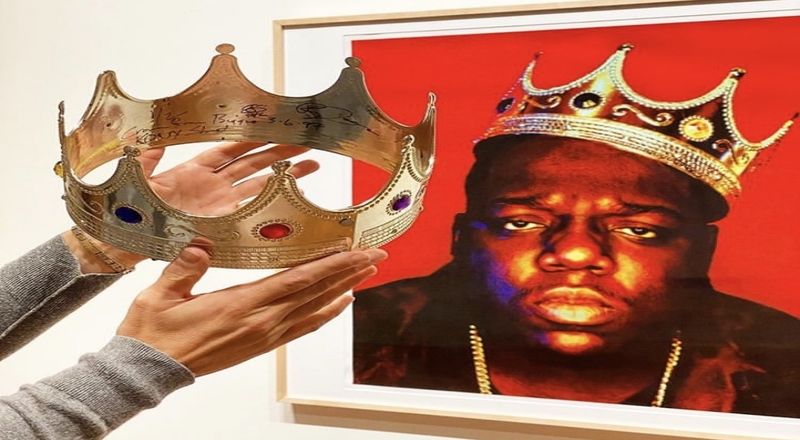 On Tuesday night, the first exclusive hip-hop auction took place by Sotheby’s in New York City. Some of the notable memorabilia were 22 of 2Pac’s high school love letters and The Notorious B.I.G.’s king crown from his 1997 “King Of New York” photo shoot for Rap Pages Magazine. The crown ended up selling for a whopping amount at the end of the nigh in celebration of the NY legend and one of the best rappers of all-time.

Sotheby’s revealed that this crown was sold at the auction for $600,000. Barron Claiborne is the photographer behind this legendary shoot from 1997. In total, $2 million was accumulated at this auction in NYC. This event is labeled as “a celebration of the history and cultural impact Hip Hop has had on art and culture from the late 1970s through the “Golden Age” of the mid-1980s to mid-1990s, and up to the present.

Proceeds from the SoTheby’s auction are going to the Hip Hop programs at the Queens Public Libary, along with Building Beats, which is a non-profit community organization that teaches tech, entrepreneurial and leadership skills to underserved youth through DJ and music programs.