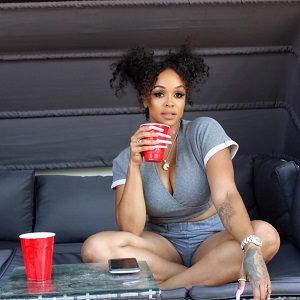 Currently, Masika is getting a lot of attention, due to “The Conversation,” with Hazel-E. Many years ago, these ladies were friends, but their feud has defined “Love & Hip Hop Hollywood.” Even with neither on the show, it casts a huge light on things.

Masika always presents herself as high class and this is what originally built her fan base. However, her continued mean-spirited energy has led to much backlash from many fans. When they heard this new podcast, where Masika’s name came up, they were amused.

Recently, Masika was the topic of discussion, on Brandi Glanville’s podcast, when she asked David Weintraub about her. Weintraub claims he was her landlord, but she originally was trying to buy a house from him, but the loan fell through, so she leased, and then he accused her of using COVID-19 to not pay him. He said she refused to leave his house, holding it hostage, and taking the appliances, when she finally left, and he called her low-rent, along with many other insults that fans called racist, from him.