Skip to content
You are here
Home > Hip Hop News > Irv Gotti talks how to make billions, beating the feds, coming up with Jay-Z, DMX, and Ja Rule, and his new artist, JT with B High [VIDEO] 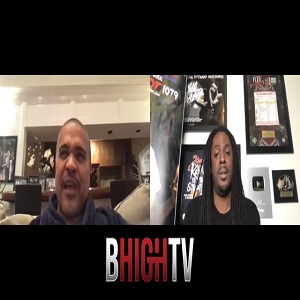 The past decade has seen renewed interest in the 1990s era of hip hop, once ignored by the masses. Recent years have seen the rappers of that era, and moguls, appreciated. This summer, BET went all-in, doing documentaries on No Limit and Ruff Ryders.

Because of how things ended, Murder Inc. often gets overlooked. In the era of “Behind The Music,” on VH1, Ja Rule never got an episode. The renewed interest in moguls, as of late, is seeing everybody, except for Irv Gotti, being celebrated.

However, B High broke that trend, having Irv Gotti on his show. The interview saw Irv speak on many topics, centering around him signing Jay-Z, DMX, and Ja Rule to Def Jam, his history in the game, TVT Records, his come up with Jay-Z, his own Murder Inc. label, and more. Irv also spoke on his current run, in TV/films, and his new music, with JT, from Gary, Indiana.