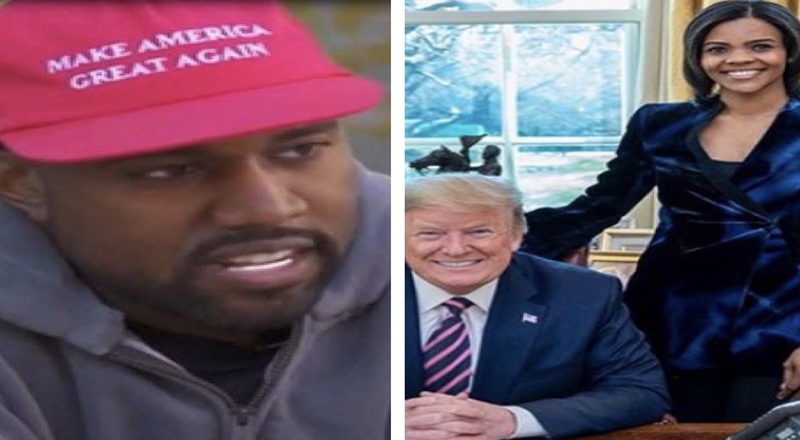 Kanye West continues to run for president despite the facts that he missed deadlines to get on states’ ballots and was kicked off of several due to him not providing valid signatures. He said on Twitter that the goal is to win the presidency though and not just run to sway votes from Joe Biden to Donald Trump.

West has shown that he’s MAGA since 2018 when he put on the famous hat made by Trump and also by hugging him during a meeting at the White House that fall. In a July 2020 interview with GQ, he said he was done with the MAGA hat but still proceeded to bash Democrats. Now, he is sadly showing again that he’s MAGA.

West just took to Twitter to thank Black conservative, Candace Owens, for giving him a copy of her new book, ‘Blackout: How America Can Make Its Second Escape From The Democrat Plantation.’ His caption was in all caps as it said “THANK YOU CANDACE OWENS.” 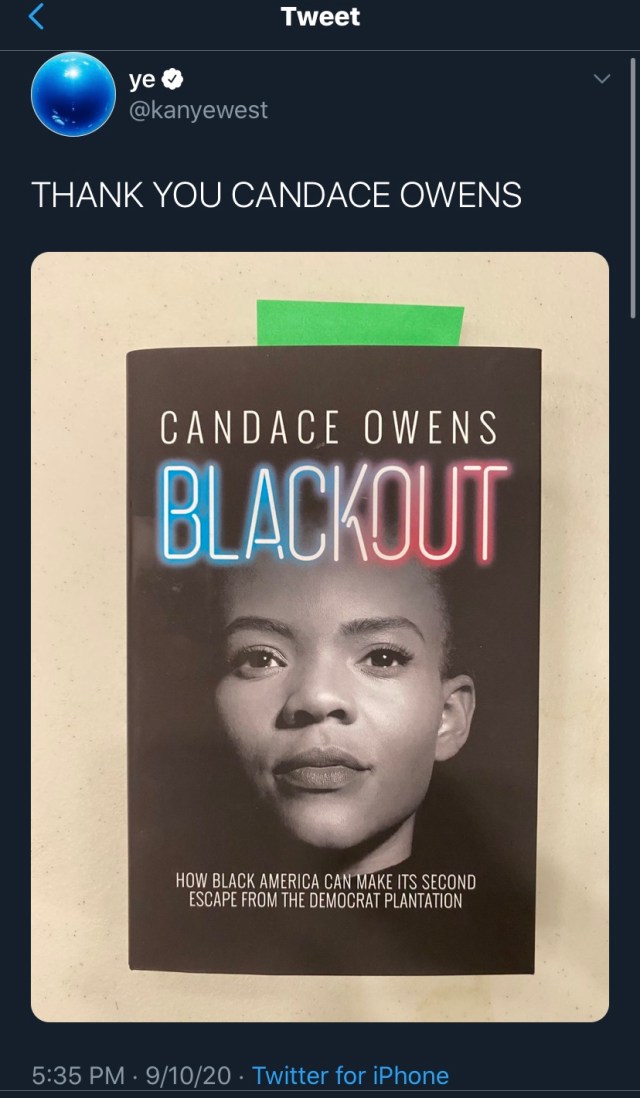