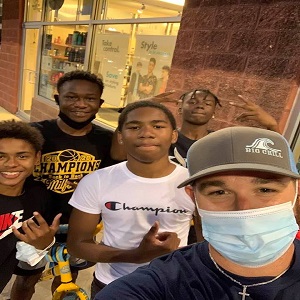 With so much negative press, out there, it is good to hear about some heartwarming stories. Every now and again, there needs to be a strong reminder that everybody isn’t racist. There are some good people in the world, still.

Even with what is going on, the advice many are given, when they first start school, remains true. Children are told to “be themselves,” to not give into peer pressure, and act out of character. A group of young, black, guys, were themselves, and a white man they met was, too.

Jeff Gravatt was on his way into the store, when a group of young, black, kids asked him if he wanted to make a bet. The older kid, in the group bet $10 that he could ride a wheelie, on Jeff’s bike, stop sign to stop sign, wanting the money for a large pizza. While the boy narrowly lost the bet, Jeff was ordering the pizza, and a two liter soda, for the boys, anyway. 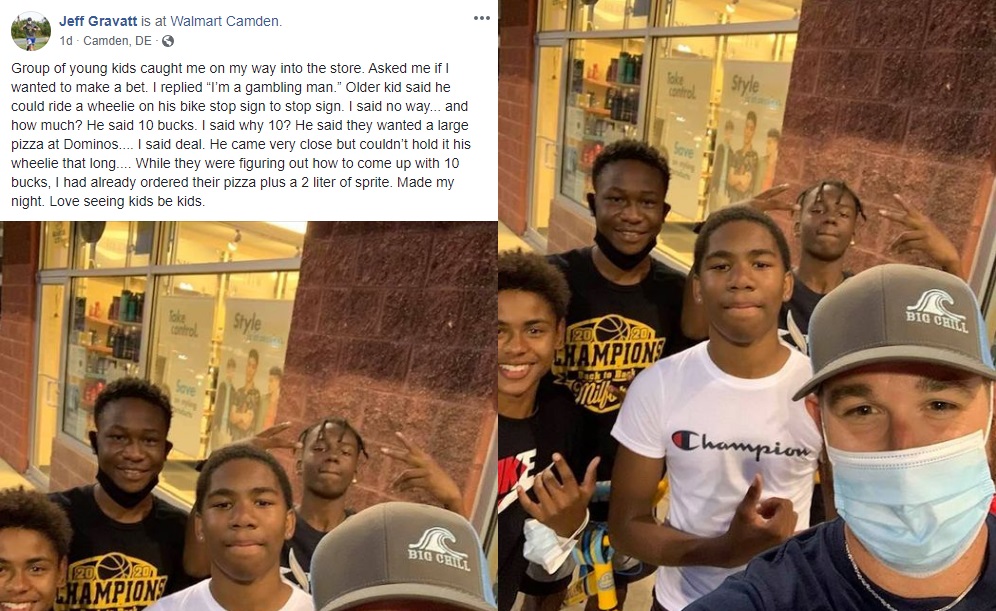 Continue Reading
You may also like...
Related Topics:facebook, jeff gravatt