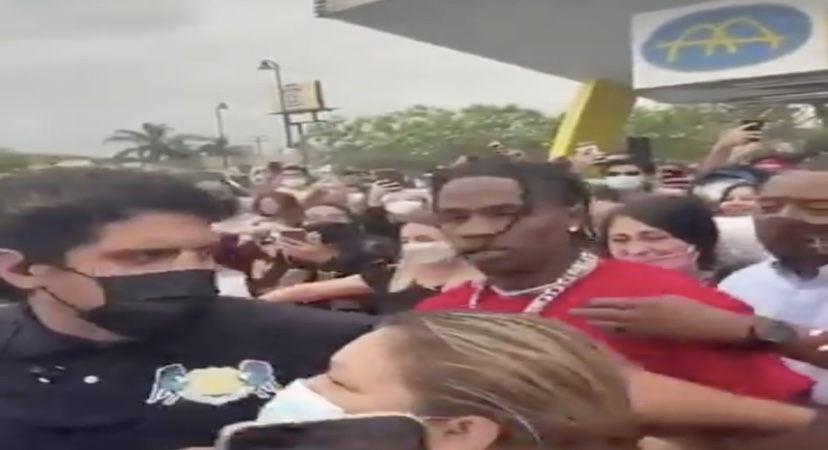 The launch of Travis Scott’s “Travis Scott meal” at McDonald’s started today as it will go on all the way until October 4. This meal consists of a quarter pounder with cheese, “sizzling bacon and crisp lettuce” medium fries, BBQ sauce and a Sprite.

This is the first time that a celebrity has gotten their own meal since Michael Jordan in 1992 and Scott definitely turned up to celebrate today. The Houston rapper went to the oldest McDonald’s restaurant in America which is located in Downey, CA. Fans saw him pull up in a red Ferrari as they immediately rushed over to see him. Scott soon happily took photos and signed autographs.

In addition to his McDonald’s collab, Scott also works with Jordan brand to have his own shoes. 2020 has been great for him musically again as his “The Scotts” single with Kid Cudi debuted at No. 1 on the Billboard Hot 100 chart. Fans are also awaiting his fourth studio album as it has rumored to he titled ‘Utopia’ but that was shut down by DJ Chase B.