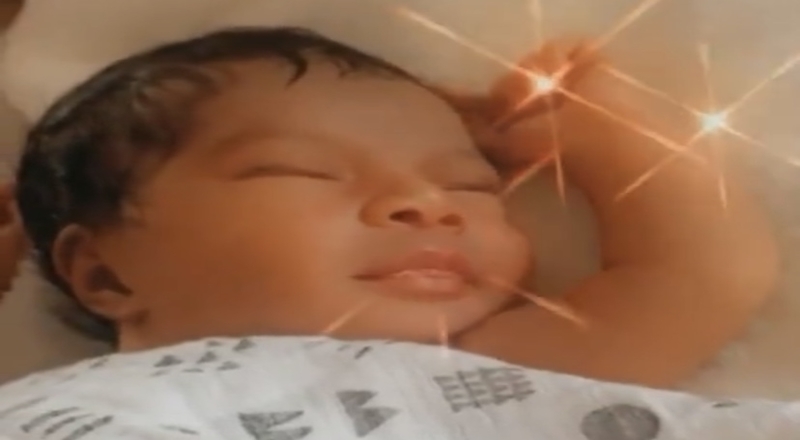 A few months ago, Teyana Taylor officially announced her pregnancy in her “Wake Up Love” music video with her husband, former NBA star Iman Shumpert. This would be their second child together. Taylor was seen showing her stomach at the video laid in bed with Shumpert and their daughter, Junie.

Three months later, Rue Rose has been born. Shumpert and Taylor took to social media to reveal that she was born at 3:28 am on September 6. Shumpert revealed that Taylor did not give birth at a hospital but at their home, just like Junie.

“At 3:28 am on Sept 6th 2020 Rue Rose 🌹 decided that the baby shower thrown for her and mommy was too lit. She didn’t make the party but she managed to make the next day her birthdate!!! Now…when we buy homes, we always find a bathroom with great energy… but not in a million years would you be able to tell me we’d deliver both of our daughters in a bathroom without the assistance of a hospital!” Pur newest edition entered the world in the water and came out looking around and ready to explore! A healthy child. A little sister. Another daughter. Black love wins….again. Welcome babygirl…we love you! 🌹 @babyruerose“

Taylor went on to repost the video of Rue Rose and said “We love you Rue, welcome baby girl @babyruerose 😢😍🌹❤️” This summer has also been great for Taylor musically as in June, she released her third studio album, ‘The Album.’ This project debuted at No. 8 on the Billboard 200 chart and was led by singles such as Wake Up Love, “We Got Love” featuring Lauryn Hill, “How You Want It” feat. King Combs and “Morning” feat. Kehlani.