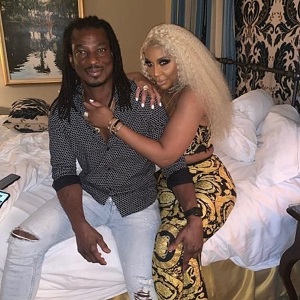 Not too long ago, Tamar Braxton had fans worried, as it appeared as if she attempted suicide. Exactly what happened still isn’t known, but it was clear Tamar was struggling. Thankfully, so it seemed, Tamar was focusing on getting better.

Tamar Braxton was the breakout star of the Braxton family, during the early “Braxton Family Values” seasons. This popularity led to her and then-husband, Vince, having their own spinoff. Of course, she also got her hosting gig, on “The Real,” and has struggled since her 2016 exit.

However, Tamar Braxton cannot escape the negative press. There are now reports of her boyfriend, David Adefeso, filing a restraining order against her. In the documents, he cited “domestic violence situation” as his reasoning.