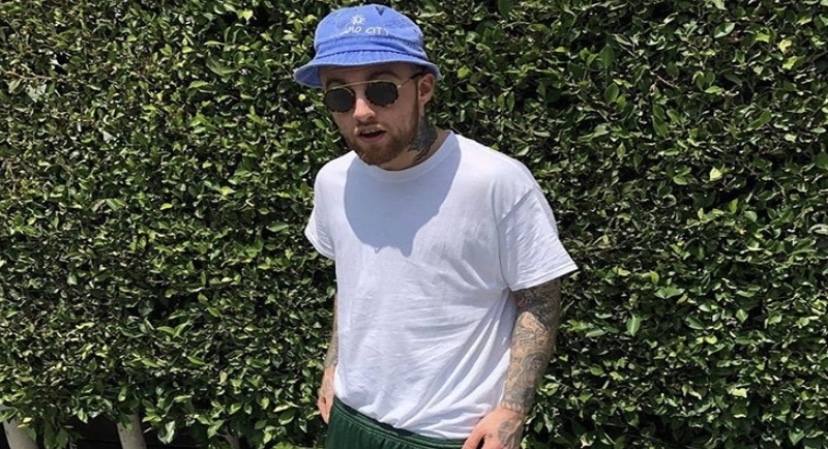 On this day in 2018, hip-hop lost Mac Miller after a drug overdose in Studio City, CA. This was a shock to everyone as a month before his death, the Pittsburgh rapper had released his fifth studio album, ‘Swimming.’ This project debuted at No. 3 on the Billboard 200 chart and was led by the singles “Small Worlds,” “Self Care,” and “What’s The Use?”

Miller’s family went on to release his first posthumous album back in January on his birthday of this year with ‘Circles.’ This debuted at No. 3 on the Billboard 200 as well. “Good News” and “Blue World” were the singles.

In Miller’s memory on this anniversary, fans have posted tributes on social media such as his songs and posts describing the type of person he was to them. Fans were first introduced to him on the big stage with the released of his debut studio album, ‘Blue Slide Park,’ in 2011. That ended up being his first No. 1 project after gaining buzz that year for his “Donald Trump” single.

Check out fans honoring Mac Miller on the two-year anniversary of his passing below. 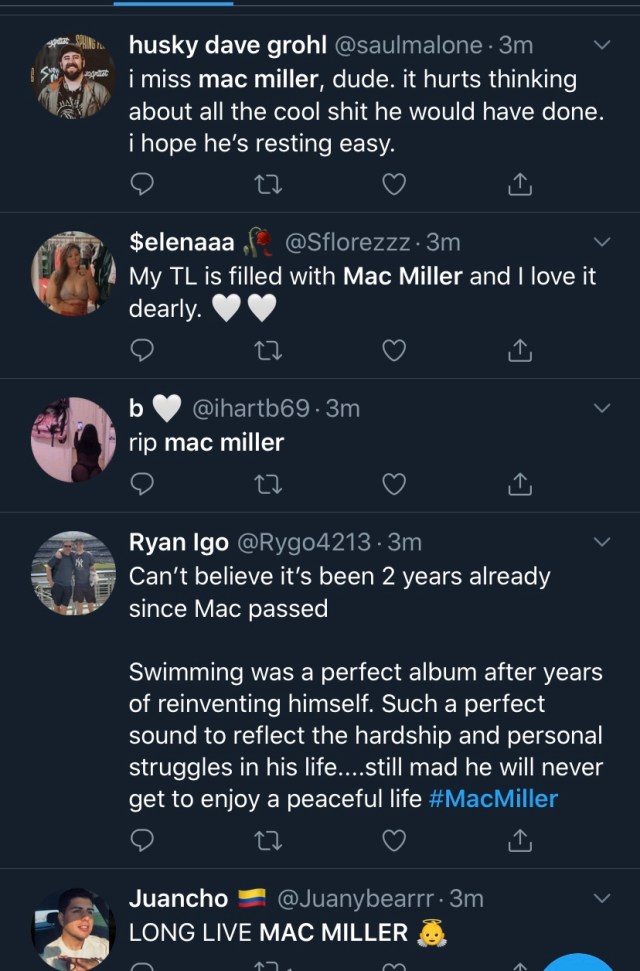 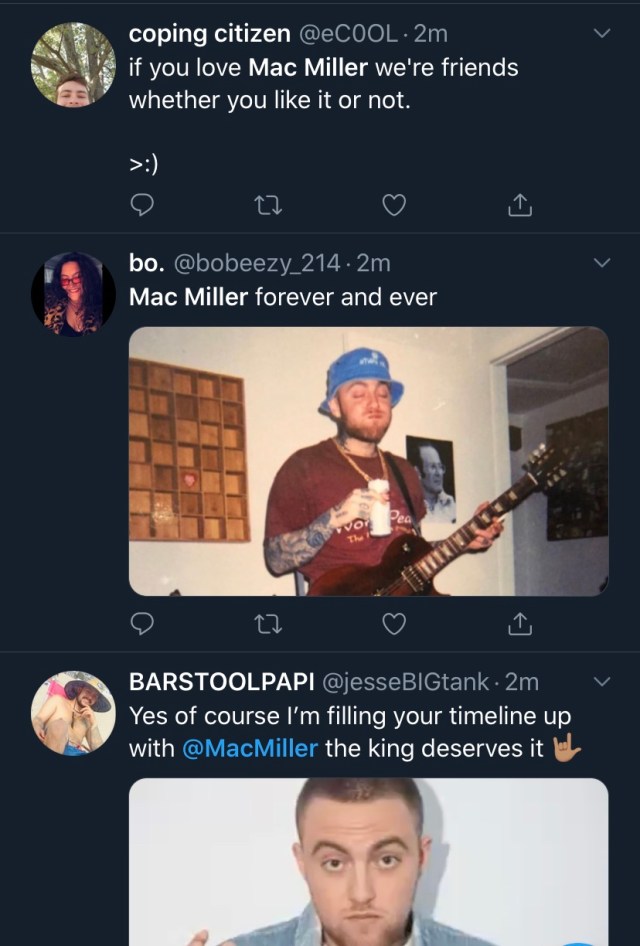