Skip to content
You are here
Home > Hip Hop News > Erica Brown puts Sonic Drive-In, in Duncan, South Carolina on blast, on Facebook, for harassing her daughter, who worked there, joking about killing black people in front of her, and the manager laughed, as these taunts and threats went on + District manager hung up on them when her husband called [PHOTO] 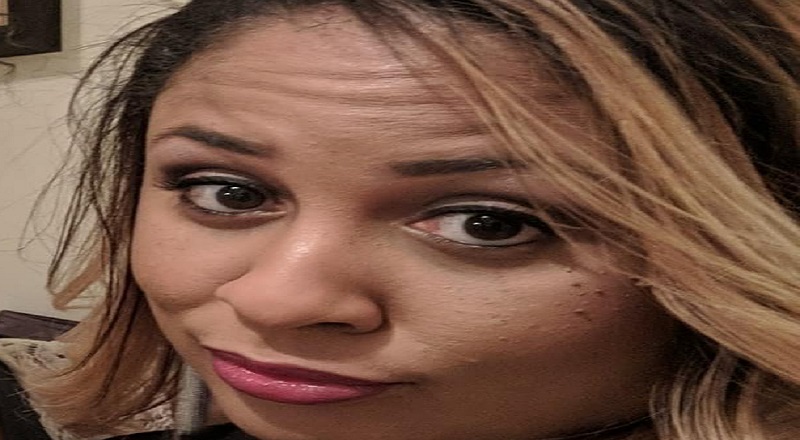 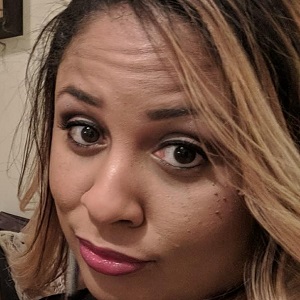 Stories such as these are happening far too often, yet some still want to pretend this happening. The woman in the above photo is Erica Brown, an otherwise happy woman. She is a mother, so her children come first, and she ensures their well-being.

Unfortunately, her daughter was recently hurt in a place she previously enjoyed being in. A place once considered a safe place, as she built her independence was stripped of that. Even worse, a few words could have just as easily prevented it, as much as it created.

Erica Brown took to Facebook to blast Duncan, South Carolina’s Sonic Drive-In, where her daughter was working. Recently, she went in for work, and her co-workers were joking about killing black people. Even as one co-worker threatened her, the manager laughed, according to Brown, causing her to speak out on Facebook. 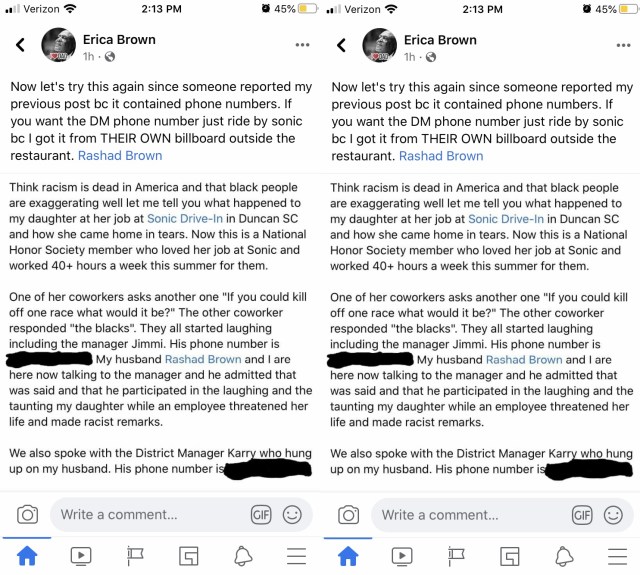