Skip to content
You are here
Home > Hip Hop News > Katherine Batista, nurse at VCU Health, blasts her co-worker for harassing her, pulling her hair, dealing with racist comments from co-worker, who got her fired, and said she got no help from the administrative board, barely returning phone calls or emails 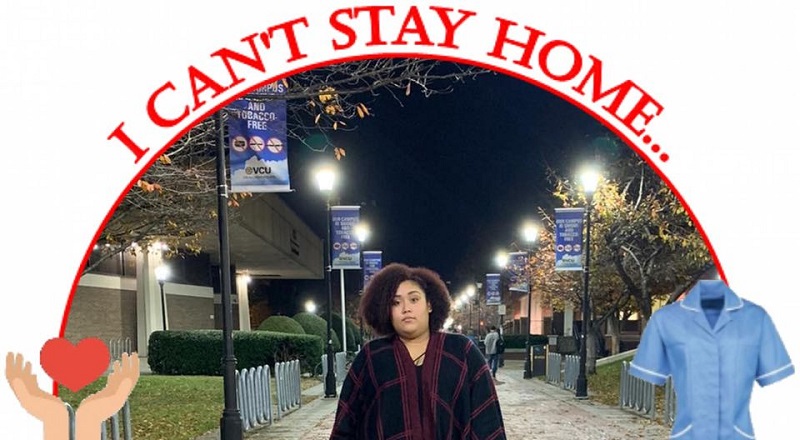 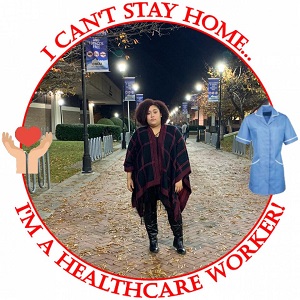 For the past month, Katherine Batista has suffered in silence. At work, she has endured all kinds of harassment. Batista, until recently, worked as a nurse, at VCU Health, but it ended, for no reason, and Batista has used social media as her outlet.

Katherine Batista is a proud healthcare worker, working right in the middle of this pandemic. She is a diabetic, but risked her own life in order to help others. Despite her willingness to help others, Batista found herself harassed.

On Facebook, Katherine Batista said she was being harassed by a fellow nurse, a co-worker. She said this co-worker pulled her hair, while working, despite her asking to not be touched. Then, Batista said another co-worker kept making racist remarks, eventually getting her fired, so when she contacted VCU Health’s administration board, she said they were barely of any help, barely returning phone calls or emails. 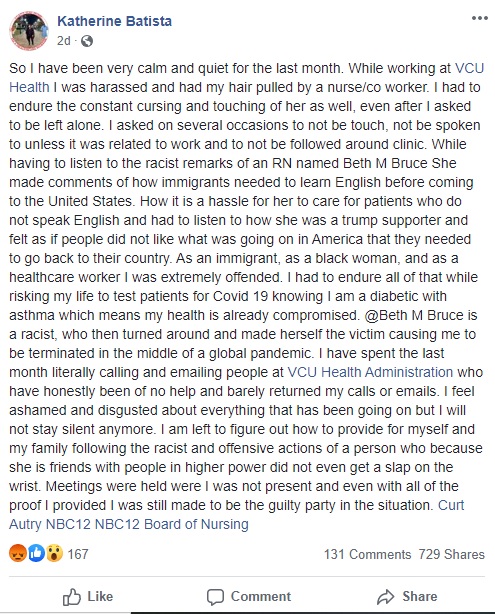