Skip to content
You are here
Home > Hip Hop News > Jeromy Sanford, of Lafayette, Louisiana Police Department, gets blasted and exposed on Facebook for brutally beating 16-year-old black teen, and subdued by two other officers; Claims also state he is a resource officer at Lafayette Middle School 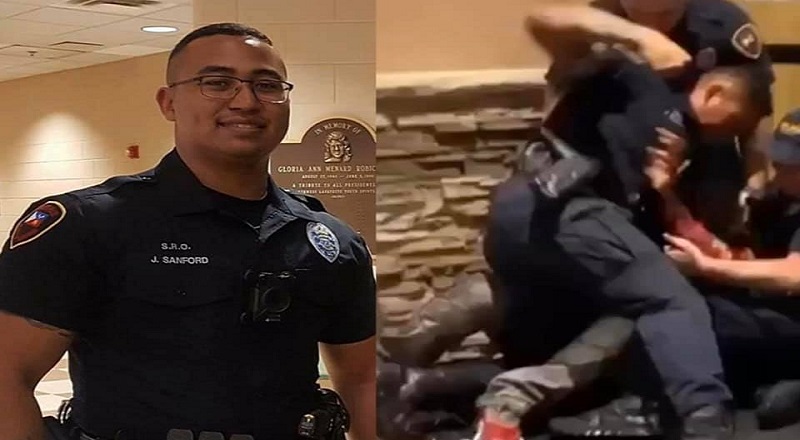 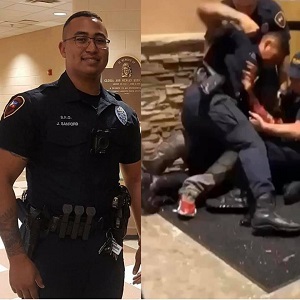 What’s going on, around the nation, is shocking to see. It’s sad to see people basically being hunted, due to their skin color. Not everyone sees it that way, but that is what it looks like, just by hearing people’s personal accounts, on social media, let alone the TV screens.

In 2020, alone, Georgia, Kentucky, Wisconsin, and Minnesota have been the homes of wrongful murders of innocent people of color. This led to protests in such cities as Portland. There, many protests have led to the National Guard being called in, making dire matters worse.

Jeromy Sanford is a police officer for the Lafayette Police Department, in Lafayette, Louisiana. Recently, he was involved in an altercation, where he beat a 16-year-old black male, while two other officers held him down. The image has gone viral, on Facebook, with people calling on Lafayette’s mayor to fire Sanders, also revealing his job at Lafayette Middle School, as a resource officer. 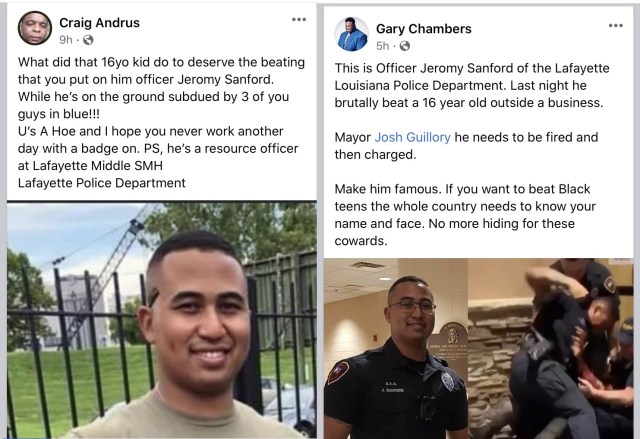 2 thoughts on “Jeromy Sanford, of Lafayette, Louisiana Police Department, gets blasted and exposed on Facebook for brutally beating 16-year-old black teen, and subdued by two other officers; Claims also state he is a resource officer at Lafayette Middle School”