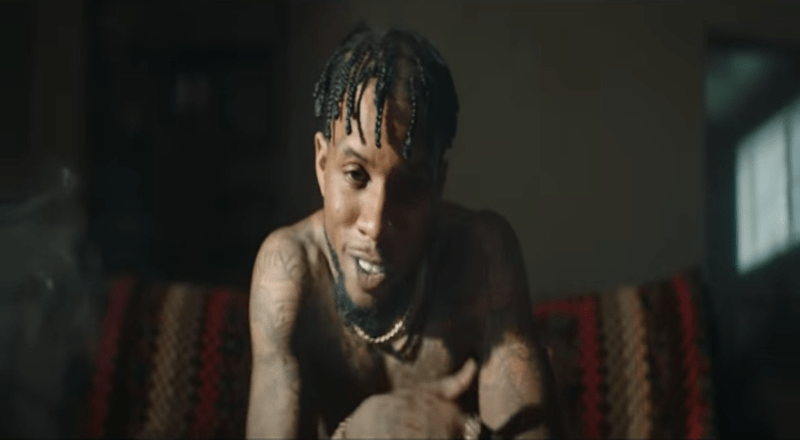 Last month, Megan Thee Stallion took to Instagram Live to claim that Tory Lanez was the one who shot her in her feet following a Hollywood Hills, CA house party in July. Megan also noted that month that she needed surgery but the bullets didn’t hit any of the bones on her feet. Lanez has since been quiet over the past month and a half and hasn’t appeared on social media.

There has also been a new report by Forbes claiming that Lanez’ music streams have dropped by 40% since Megan’s claim about him. There were 20 million to 30 million streams since mid-June according to Nielsen Music/MRC Data but in the week of Megan’s IG live, it reportedly dropped by 9 million.There are many fans still listening to his music while others are boycotting it completely. Now, Lanez is quietly denying this report.

The Toronto rapper took to HotNewHipHop’s Twitter DM to debunk the 40% claim by saying “Lmao That’s such a lie. 40% where?!! I have 27 million monthly listeners on Spotify currently.”

Prior to the Megan drama, Lanez was winning big with his music in 2020. He released the third installment of his ‘The New Toronto‘ mixtape series in April which debuted at No. 2 on the Billboard 200 chart. It was led by singles such as “Do The Most” and “Who Needs Love.”

@torylanez tells #hotnewhiphop his music streams have not decreased.⁠ ⁠ According to recent reports, Lanez's streams plummeted nearly 40% since Megan Thee Stallion addressed Lanez as her shooter. ⁠ ⁠ Tory noticed these reports and decided to hit us up on Twitter.⁠ ⁠ Are you still listening to Tory Lanez's music? Let us know below.⁠ Photo: @gettyimages