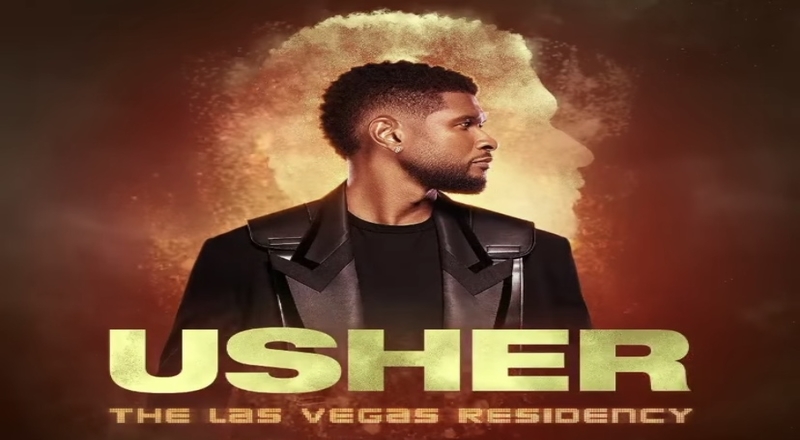 Concerts at large venues in Las Vegas may not happen until after New Year’s Eve due to the COVID-19 pandemic but the future is still being planned for 2021. According to Usher on his social media feeds, he will have his own Vegas residency concerts at Caesars Palace.

The R&B legend will be performing at The Coliseum venue outside of this historic resort. The residency will start on July 16 of that year as there will be 12 shows ran through January 1, 2022. Tickets will officially go on sale on September 10 at 10AM PT.

“I cannot wait to perform for an audience,” Usher said to Billboard. “In Vegas, I get a chance to create the show that I want, and I get a chance to be with my fans who’ve been cooped up for months and months.”

Usher also spoke on how special finally being able to reach a Vegas residency is in his career. He is now part of other stars able to do this such such as Mariah Carey, Celine Dion, T.I., Future, Trey Songz, and Chris Brown.

“This is a real treat because it’s the first time I’ve ever done anything quite like this. You have benchmarks, right? You want to have your record played on the radio and then go on to win a Grammy. Vegas was always a benchmark for me that I couldn’t wait to be able to do,” Usher says. “ I can pull from all of the things that I’ve done— a little bit of acting, a little bit of personality, a little bit of music, dance. I can be more intimate than I’ve ever been with my audience, allowing people to come in and feel a different level of connection to the songs. Las Vegas is all about really shining it up.”

I’ll be kicking off my Vegas residency July 2021 at @caesarspalace Colosseum! Tickets go on sale Thursday 9/10 at 10 AM PT, but you can get yours starting Monday if you text me at (404) 737-1821. I’ll hit you back with the presale code this weekend. For all dates and tickets head to www.ticketmaster.com/ushervegas.