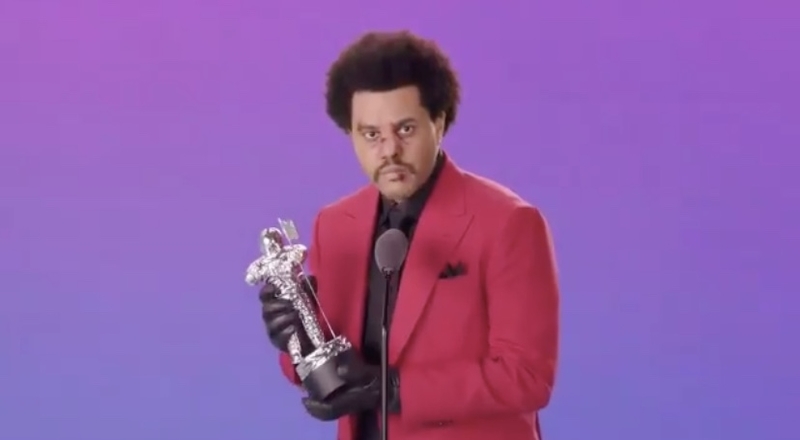 The Weeknd has had an epic year for himself following the release of his fourth studio album, ‘After Hours‘ in March. This project was led by the platinum singles, “Blinding Lights” and “Heartless.” Both songs also went on to become No. 1 songs in the country.

Tonight at the VMAs, The Weeknd was honored as he took home two awards. They are for the Blinding Lights single in the “Best R&B” and “Video Of The Year” categories. During both acceptance speeches, the Toronto star said that he could not properly celebrate due to the injustices happening in America. He closed out by saying that justice needs to be brought for Breonna Taylor and Jacob Blake.

The Weeknd has done a great job of giving back to communities in 2020 as well as he’s donated millions of dollars for COVID-19 relief as well as social justice organizations such as Colin Kaepernick’s Know Your Rights Camp. Fans have since applauded him for these efforts as well as using his platform to address racism and police brutality tonight at the VMAs.

Not only did @theweeknd donate millions of dollars for good. He used his voice for something more important in the world right now.