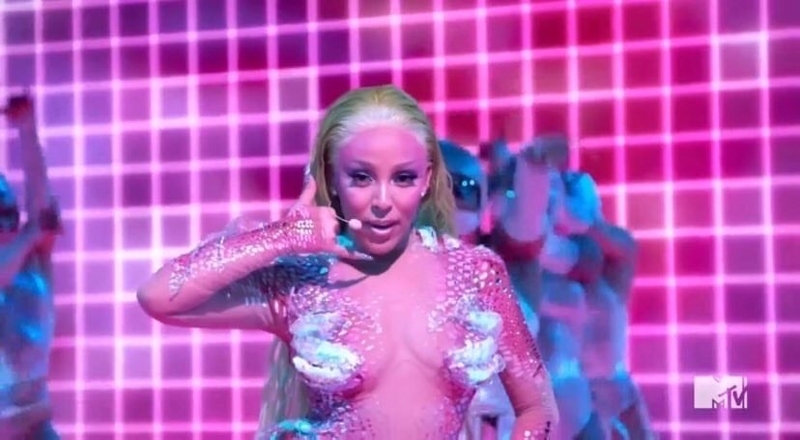 Doja Cat has been one of the biggest stars in music this year as her 2019 “Say So” single took off heavily. It soon became the No. 1 song in the country with its remix that featured Nicki Minaj. She was later met with controversy in May though as she was supposedly in chat rooms with racists. She was also found to have made a racist song in 2015 titled “Dindu Nuffin” as the title supposedly mocks police brutality victims. Doja explained that she tried to reclaim that phrase but admitting to failing.

Doja’s fan base has still remained strong though as she was honored tonight at the VMAs in New York City. She won the award for PUSH “Best New Artist,’ as many expected. The other nominees in this category were Jack Harlow, Lewis Capaldi, Roddy Ricch, Tate McRae, and Yungblud. Prior to winning the award, she performed Say So as well.

Currently, Say So is certified 3x platinum in the US by the RIAA. Her sophomore album, ‘Hot Pink,’ which was released in November and features this song, helped give the song more momentum at the end of 2019 as it debuted at No. 9 on the Billboard 200 chart.

Doja cat has one of the best performance of the night and you can't change my mind #VMAs pic.twitter.com/b1OUFr4oNe