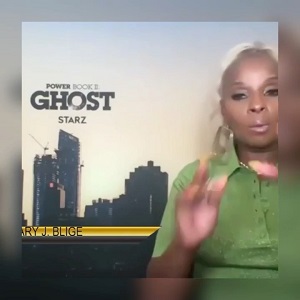 Lately, Mary J. Blige has been being referred to as “auntie.” In her career, she was known for her youth, but Mary J. Blige is now a bit older. This new culture has Mary J. Blige labeled as their “auntie,” but it’s a term of endearment.

Mary J. Blige is an icon, in the music industry, and she has made countless hits. The last relevant album she dropped came, back in 2014. Her last hip hop radio hit was in 2011, and now she is preparing to do her acting, on the “Power” sequel.

Recently, Mary J. Blige was doing her media rounds, for the “Power” series. When she sat down with Hip Hollywood, the reporter brought up “Auntie,” and Mary J. shut it down. Going on a mini-rant about being called “Auntie,” Mary said someone ten years older than her called her that, so she questioned why she cannot be called “sister,” as opposed to “Auntie.”