Today, Big Sean announced that his long-awaited ‘Detroit 2’ album would be released on September 4. He also revealed the cover art as he is seen in an area of Detroit which appears to be where he’s from.

The Detroit star is giving fans even more good news as he said that the first single with be “Deep Reverence” featuring the late Nipsey Hussle. At first, he didn’t give an exact released date but then he tweeted that it will be out tonight at midnight.

Sean added that he is releasing it tonight because the world needs to hear and feel Nipsey’s presence. Many fans agree as it’s been over a year and a half since hip-hop lost the west coast legend. Everyone is ready for as much Nipsey content as possible. Sean is also setting himself up for a lot more anticipation for Detroit 2. 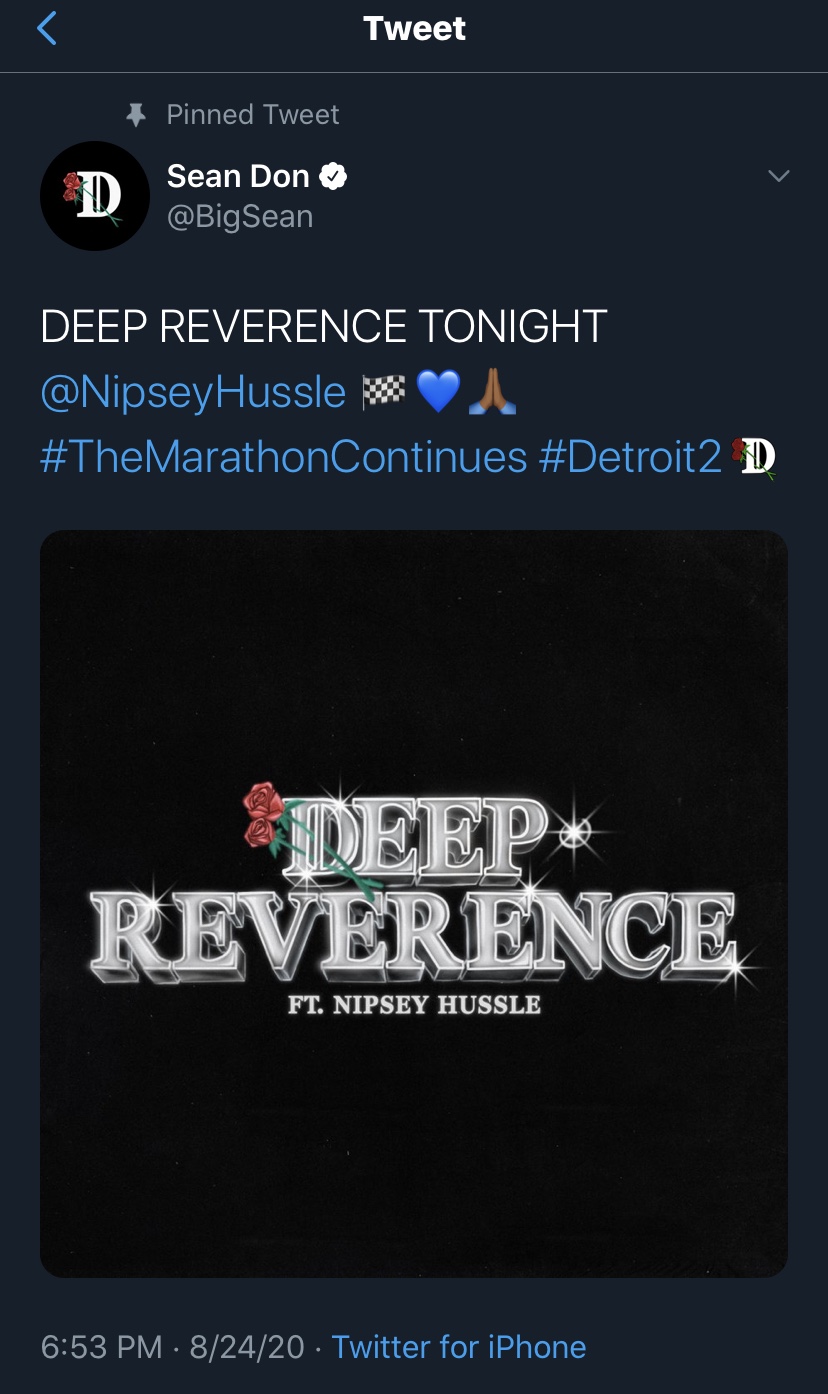 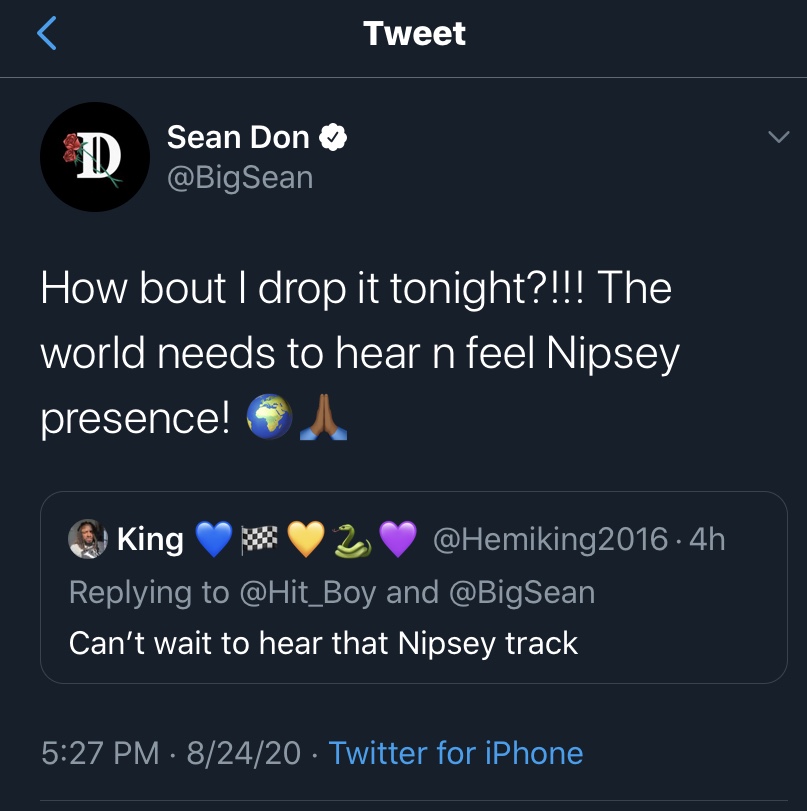 High Point Police Department (NC) pulls black man over for having license plate cover and makes him get out of his vehicle to explain a WARNING ticket to him [VIDEO]
Mike The Cop basically says Jacob Blake got what he deserved, when the Kenosha police shot him, accusing him of holding a knife, and saying the cops shot him, because he had a gun in his vehicle, that he was tasered, but the taser failed [PHOTO]