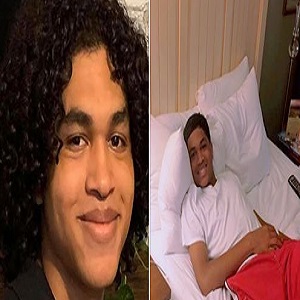 The young man in the photo is named Michael, the sixteen-year-old son of Tiara McCants Hall, was looking for a job. When most look at him, they probably see a friendly-looking guy. From the looks of his photos, he seems to be a very kind, happy, young man.

Knowing her son’s skill-set, Tiara McCants Hall went about getting her son a job at a Cracker Barrel, in Saraland, Alabama. Because she knew the manager, Hall thought she would have an easy process. She got her son a meeting, and he showed up early for it.

Tiara McCants Hall took to Facebook to reveal that her son was early for the job interview, at Cracker Barrel. Her son was enthusiastic, but the manager never showed up, later saying that the job he applied for was no longer available, but they could use a dishwasher. Unfortunately, he was too young for that job, and when she called, posing as a white teenage female, she spoke to the same manager, and got the meeting.

JR Smith was looking high AF, in the Lakers’ Game 3 win, over the Portland Trail Blazers, and Twitter comes with jokes about the look on JR’s face, making their own captions
Master P cuts his family off, financially, and tells them to get a job, after a relative accused him of lying about taking care of his grandmother, C-Murder, and the rest of the family, accusing him of ignoring family who needed money; P said he is no longer enabling ungrateful people [PHOTOS]