Skip to content
You are here
Home > Hip Hop News > Meagan Elston Sweatt reveals her husband was called a “monkey” in a Winn-Dixie, in Rainbow City, AL, by two men who assaulted him, and tried to remove him from the store; Winn-Dixie refused to call the police and claimed the aisle where the fight took place is the only one with no cameras [PHOTOS] 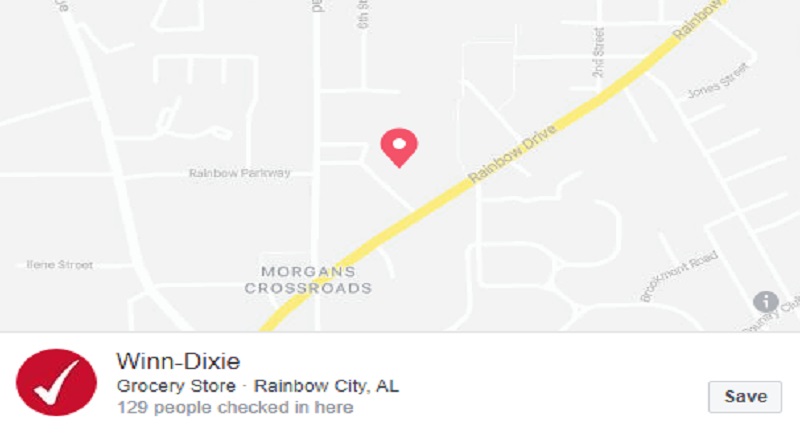 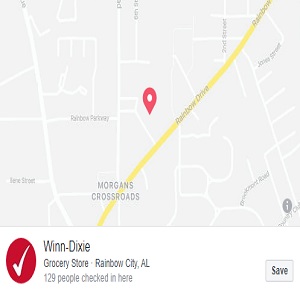 The things being done to black people seem to be overlooked, with more outrage going on, over property being destroyed. Property can always be repaired, replaced, and rebuilt. But, when a life is lost, there’s no replacing that.

Meagan Elston Sweatt shared a terrible Winn-Dixie experience, which took place in Rainbow City, Alabama. Sharing to Facebook, she detailed her husband being called a “monkey,” by a white family, and then assaulted by two white men when he turned around. They tried to force him to leave the store, for being black, and Winn-Dixie management refused to call the police, afterward, and when they came, said the aisle where the altercation took place did not have cameras. 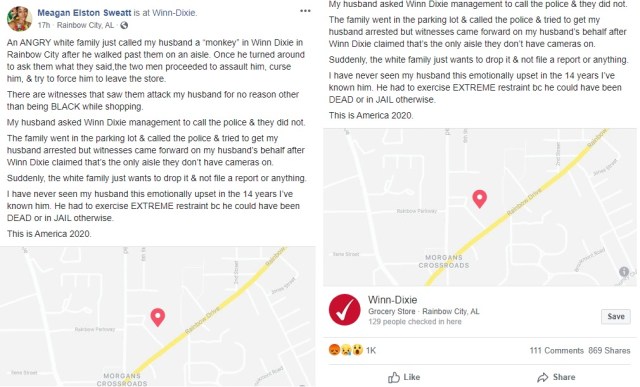