Skip to content
You are here
Home > Hip Hop News > SZA Shuts Down Speculation of TDE President, Punch, Holding Her Music Back After #FreeSZA Trends on Twitter; Says He Never Steers Her Wrong and is Trusting God’s Timing as Fans Wait For New Music 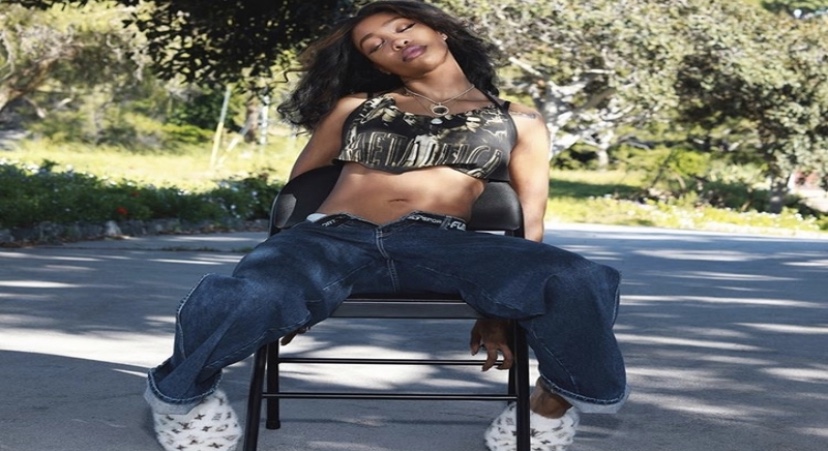 Last night on Twitter, SZA fans on Twitter started the #FreeSZA trend after she said she’s done all she could do and that people have to ask TDE President, Punch, about her releasing new music. This immediately had people flooding into Punch’s mentions demanding that he release what she has planned.

Now, SZA is back on Twitter and is addressing all of the confusion. She is having Punch’s back as she said nobody needs to free her and isn’t being held hostage at all. SZA emphasized that she and Punch disagree sometimes but he never steers her wrong. She added that she’s just trusting God’s timing right now. 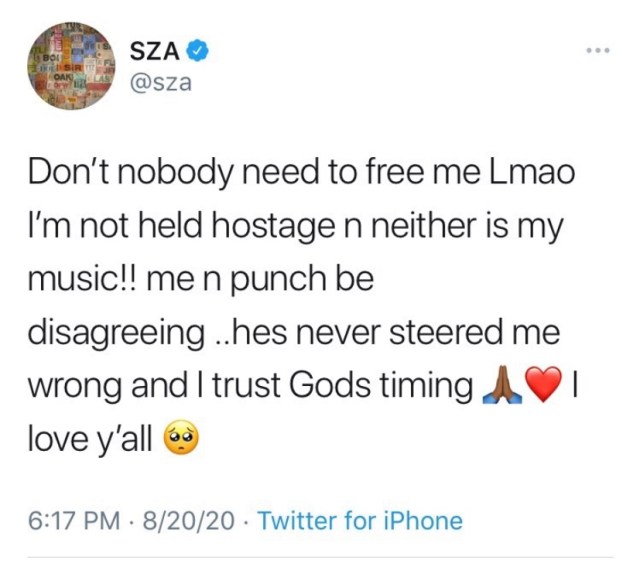