Skip to content
You are here
Home > Hip Hop News > Doja Cat Says She Has a Song Titled “N.A.S.;” Says It Was Recorded Before Nas Dissed Her [VIDEO] 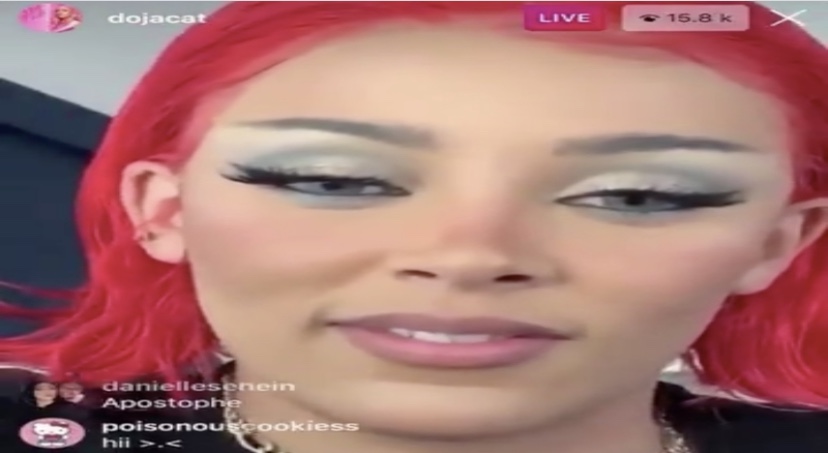 Last week, Nas released his “Ultra Black” single  with Hit-Boy. The most notable lines on this record were where Nas dissed Doja Cat. The hip-hop legend said “We goin’ ultra black, unapologetically black. The opposite of Doja Cat, Michael Blackson black.”

Doja initially brushed it off as she didn’t seem too worried about it. Now, she just took to Instagram Live to say that she has a song on the way titled “N.A.S.” She did explain though that is an abbreviated record and was made before Nas made the diss.

Doja did admit though that this coincidence of the title of the song is funny and nice. This likely won’t be a diss record but we will see what she has to say on it. Nas also has his ‘King’s Disease’ album with Hit-Boy dropping tonight at midnight. Check out her IG Live video below.

Doja Cat reveals she has a new song coming out called “NAS” pic.twitter.com/5SYBVAfzim