Skip to content
You are here
Home > Hip Hop News > Lewis Senior, of Indianapolis, blasts the city for removing his Black Lives Matter painting from his sidewalk, sharing video of the city washing it off, but that piece of sidewalk is his property [VIDEO] 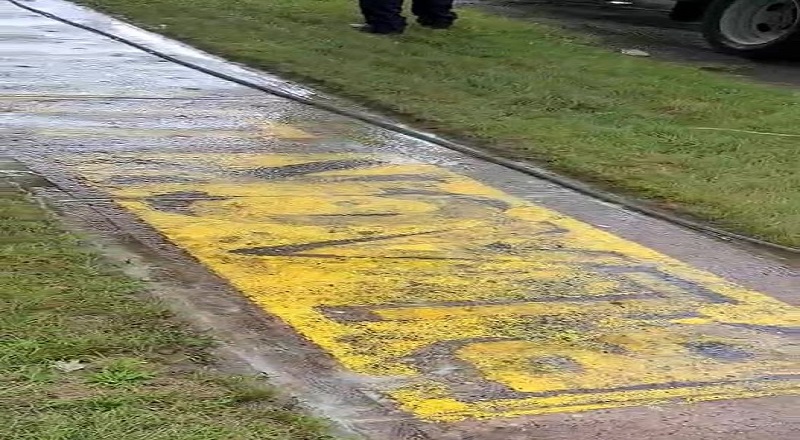 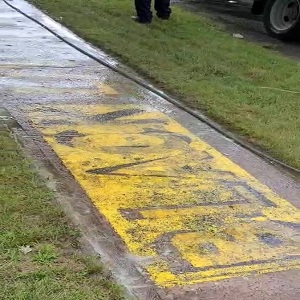 In Indianapolis, Lewis Senior is a local resident, and, as a black man, he is as outraged as the rest of the community. What many on the outside fail to realize is that this isn’t about George Floyd. Instead, this is about the injustice carried out, on a daily basis.

Sadly, there are people determined to miss the point. Instead of fighting for reforms, these people sided with the police, going on Facebook to demonize people of color, primarily black. Doing his part, Lewis Senior painted his sidewalk to read “Black Lives Matter.”

Upset, Lewis Senior took to Facebook, with a video, showing the city of Indianapolis, sending a crew to wash the painting off. Promising it will be back, soon, Lewis pointed out how the city sent black men to remove the painting. In the Facebook comments, it was pointed out how each piece of the sidewalk belongs to the homeowners, as they are responsible for any damage on it, giving the city no right to remove the painting, and Lewis added choice words for the neighbors, blaming them for reporting him to the city.