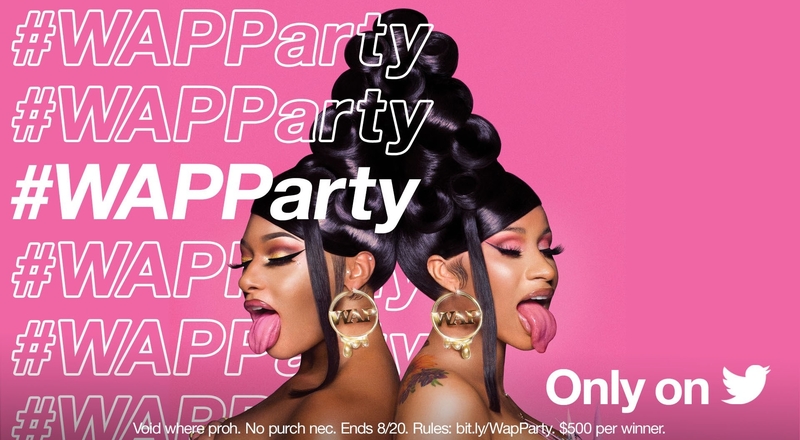 Cardi B’s new “WAP” single featuring Megan Thee Stallion became the No.1  song in the country this week and is already certified gold. In addition to the single, the music video has also been the talk of social media due to its steamy scenes by Cardi and Megan along with the cameos from Kylie Jenner, Normani, Mulatto, and more.

Now, Cardi and Megan are celebrating the success of WAP in a major way. They have started the #WAPParty hashtag on Twitter and partnered with Twitter and Cash App to give away $1 million in total for women empowerment.

“Y’all made #WAP amazing!!” said Cardi on Twitter. “We’re partnering with Twitter and Cash App to give away a total of $1 million dollars to celebrate all you powerful women out there. tell us why you or a woman you know can use a piece of the $. drop your $cashtag and use #WAPParty.”

“To all everyone supporting #WAP we see you!!” added Megan. “we’re partnering with Twitter and Cash App to celebrate all the powerful women out there by giving away a total of  $1 million dollars.  how can some $ help you or a woman you know right now? drop your $cashtag and use #WAPParty.”

Women have since been posting screenshots of them receiving the funds on their CashApp accounts. This is a very nice and geerous move by both Cardi and Megan. Now, fans are awaiting Cardi’s sophomore album along with Megan’s highly-anticipated debut studio album.