Skip to content
You are here
Home > Hip Hop News > Rita Carrey, Jim Carrey’s sister, blasts the Toronto Raptors for kneeling, and says people kneeling for the anthem does not make her more sympathetic for George Floyd’s murder, and black lives, saying she cares about the military, the veterans, and calls kneeling “stepping on the souls of good men and women who aren’t here to speak up” [PHOTOS] 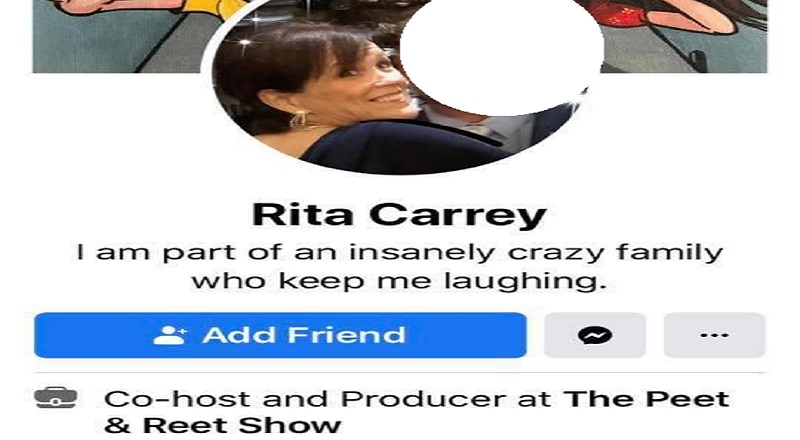 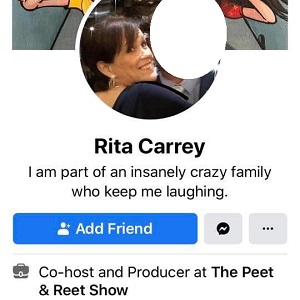 Long before the George Floyd murder, the kneeling in protest of police brutality was a hot button issue. For whatever reason, most right-wing people could not understand why Colin Kaepernick decided to kneel. In response to this, they demanded he lose his job.

When George Floyd was murdered, protests took place all over the US, and the world. This, too, was in protest of police brutality, but it led to a larger race war. Many pro sports teams, mainly NBA, have joined the protesting, the Toronto Raptors among them.

Rita Carrey, the sister of Jim Carrey, is not a fan of the kneeling, and she called the Toronto Raptors out for doing it. She said the kneeling does not make her more sympathetic to George Floyd’s murder. Also, she ranted about being in support of the military, and the veterans, calling the kneeling “stepping on the souls of good men and women who aren’t here.” 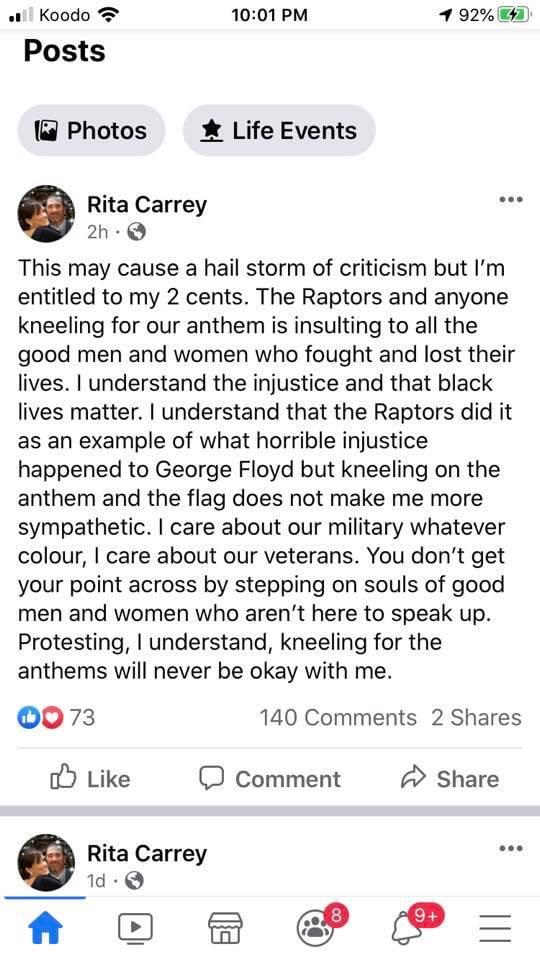